Could Biden’s Stumble Be An Omen Of A Bigger Fall?

It has not been a secret that much would be gained by those in the Kamala Harris camp if she were to replace Biden as President. Some people have even voiced the opinion this has been the game plan all along and Biden has simply been a pawn in the power game played by those pulling the strings. If such a scenario does unfold it will be most interesting to see how it unfolds. Will he fight being removed from office or resign? Would Biden be thrown under the bus or be treated as a sympathetic figure? 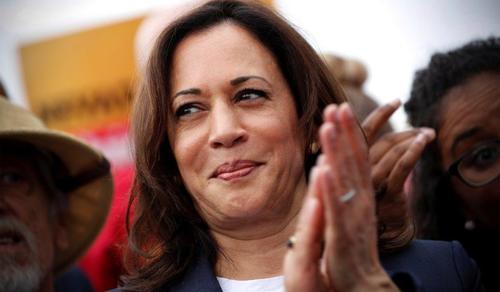 Over the past few weeks, we have seen the media putting a positive glow upon Harris and pointing out how she has been busy communicating with foreign heads of state. This may be in an effort to fortify her status. We should remember as a first-term Senator she could muster little support during the primaries and her campaign had been left for dead. In fact, during her Presidential run, Harris came under a great deal of media criticism for things in her past. Still, recent media actions indicate she may be destined to become Washington’s next darling.

Biden Stumbles Before A Bigger Fall?

Media coverage of Biden’s stumble while climbing onto Air Force One and his verbal blunders could simply be an omen of what is about to come. In this case, it may be a lead-up to what many people have predicted will happen in the future. It circles around the idea that Joe Biden was far past his prime and has an expiration date stamped somewhere on his body just out of sight. 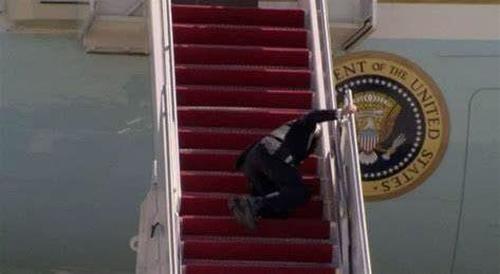 It could be argued the media did little or nothing to expose this during the election. During that time Trump bashing occupied their focus. Biden’s fragility was not nearly scrutinized nearly as much as Trump’s health in 2016. At that time Trump was put under a microscope due to his age. Biden has a history of making verbal slip-ups and being a train wreck when he goes off-script but as he has gotten older claims of dementia have grown.

No longer are Biden’s missteps seen as mere gaffs but as a sign his mental competence is on the wane. Largely overlooked in the past have been Biden’s slips referring to a Harris Biden Administration or President Harris. That being said, some in the media are now becoming more vocal over Biden not having a live news conference since the inauguration. Claims are even surfacing that he is hiding from the media and being tightly handled. Now that the left has full control of the White House it appears even some of those in the media that had so much to do with getting Biden elected are ready to push him off the stage.

This bye-bye Biden, hello Harris theme has some rather strong ramifications for a country already strongly divided. With many Americans feeling Biden was thrust upon them against their will the idea that someone they are even less impressed with is unsettling. Most Americans don’t really know much about Kamala Harris. Sadly, to some people, the fact she is the United States’ first female vice president, the highest-ranking female official in U.S. history, or the first African American and first Asian American vice president is more important than her qualifications or views.

Unfortunately, Harris’s qualifications have little to do with what happens if and when Biden is put out to pasture. Still, kicking this issue down the road would be the best path forward and at least add credence to the idea voters were not duped into voting for a man that never should have been put in the oval office. In all honestly, regardless of how you feel about Joe Biden, the fact is the Presidency has not always been held by brilliant or honest individuals. In politics, such people are a rare breed.

Daycare Costs are Driven by Over-Regulation