It seems every person outside of the evil elite has had their life buffeted by the response of governments around the world (think of Governor Newsom). I list below items that might be of interest to you and add to your arsenal of pithy facts to make your relations think twice about following the government line (unless they live in Florida).

Robert Higgs has brilliantly explained the ratchet effect, that after an emergency such as a war the exceptional government powers during the emergency never fully recede.  But what if the emergency never ends? This is what I warned people about from the beginning. I explained that if we go along with this plan we will be wearing masks on airplanes for the rest of our lives. Now I also ask if the date September 14, 2001 means anything. See the List of Emergencies on Wikipedia. Like the war on terrorism, the war against the virus (really the war against the people) will never end. The state of emergency from the September 11th attacks is still in force.

From the table of US national emergencies at Wikipedia.

Was the Covid pandemic a planned, purposeful event? In my mind, this is certainly possible but at this point I am not absolutely sure. On the other hand, have the draconian totalitarian policies all been in preparation for many years just waiting for the right (fake) emergency? No doubt about it. Here is one example you can show your friends. From their own website you can see that the European Union was planning for a vaccine passport for many years (see here for European Union vaccine passport roadmap planning). 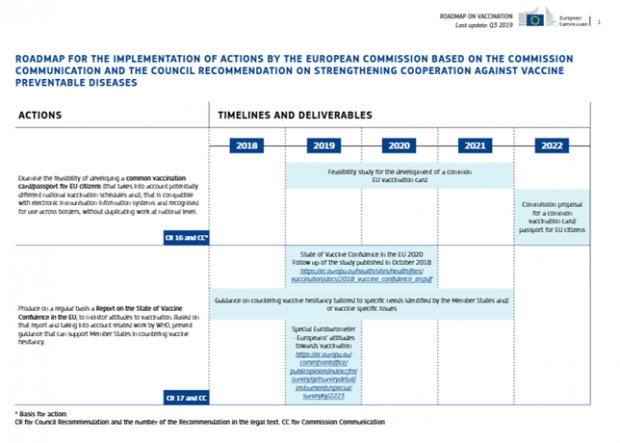 A world of guinea pigs

Are you participating in a clinical trial? If you have received the experimental Pfizer Covid vaccine then you are. Here is a screen shot for the Pfizer study at clinical trial.gov, where all clinical trials must be registered.

The post Covid Odds and Ends appeared first on LewRockwell.