As he brazenly clings to power in Albany, the last thing New York Gov. Andrew Cuomo needs right now is another scandal. And yet, here we are.

The New York Times and the Albany Times-Union published another shocking report about abuses committed under the guise of Cuomo’s crisis-era “leadership”: both the governor and the state’s top public health official, Dr. Howard Zucker, directed high-level officials in the state Department of Health to provide priority COVID testing to Cuomo’s relatives, and other politically-connected individuals.

According to the Times Union, “[m]embers of Cuomo’s family including his brother, his mother and at least one of his sisters were also tested by top health department officials — some several times, the sources said.” 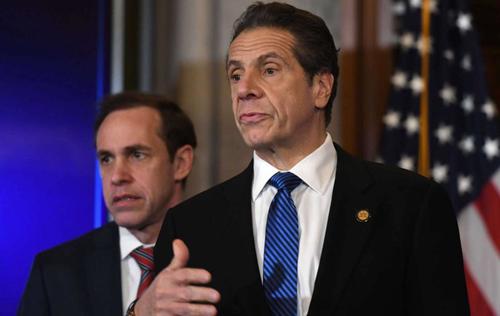 Cuomo is already facing a flurry of investigations being overseen by lawmakers in the state assembly, the Department of Justice and AG Letitia James, a political rival and top contender to succeed Cuomo as governor of the Empire State. Recent media reports revealed that some of Cuomo’s top staffers, along with top public health officials in the state, have been interviewed by the FBI.

But the fallout from this latest revelation could expand beyond the governor to harm another member of his family: His brother, CNN anchor Chris Cuomo. In a statement released shortly after the younger Cuomo sibling was identified as having received preferred access to COVID testing thanks to his brother, CNN apparently confirmed some of the details from the story. The younger Cuomo received testing from one of the state’s top epidemiologists at his home, a revelation that millions of New Yorkers – particularly the “essential” workers in poorer communities in the Bronx, where infection rates are highest – will probably find galling.

In response to the @CNN statement, we’ve asked whether Chris Cuomo ever disclosed this arrangement. We don’t ever remember hearing it mentioned on air. But did he disclose it internally at CNN?

The younger Cuomo contracted COVID in the spring, and his battle with the disease was closely covered by his employer, CNN.

I am happy that Chris Cuomo made a quick and full recovery. But he needs to step forward and detail whatever special treatment he received via his family connection to the NYS government. This is a big story and his own colleagues are competing for it.

Dr. Eleanor Adams, an epidemiologist who graduated from Harvard Medical School, was identified as the official who conducted the testing. Notably, after making traveling all the way to Long Island for an ethically questionable house call at Chris Cuomo’s place, Adams was promoted in August to the position of special adviser to Zucker.

“If their job was to go test an old lady down in New Rochelle, that’s one thing – that’s actually good,” one of the people with knowledge of the matter said. “This was not that.”

Outside Cuomo’s family members, other politically-connected individuals who were given priority testing included Rick Cotton, executive director of the Port Authority of New York and New Jersey, and his wife, as well as Pat Foye, head of the Metropolitan Transportation Authority.

Some of the Times-Union’s sources, identified as senior employees in the Department of Health, said they were chagrined when Dr. Adams was routinely pulled away from her primary duties, which included helping to lead the effort to contain NYS’s first confirmed outbreak in New Rochelle. One described it as “a major time suck.”

They also objected to State Police being used to ferry the test samples to the Wadsworth Center laboratory in Albany, where most early samples were tested. A spokesman for the State Police insisted that hundreds of state police officers helped drive early test samples to the laboratory during the early weeks of the state’s COVID response. While this might be true, other sources claimed that samples from Cuomo relatives were moved to the front of the testing line due to the governor’s influence. These samples were reportedly referred to as “critical samples.”

“It’s being a little bit distorted with like a devious intent…We made sure to test people they believed were exposed,” an official in Cuomo’s office said on background. “All of this was being done in good faith in an effort to trace the virus.”

Richard Azzopardi, a senior adviser to the governor, characterized the allegations of preferential treatment as “insincere efforts to rewrite the past.”

“In the early days of this pandemic, when there was a heavy emphasis on contact tracing, we were absolutely going above and beyond to get people testing – including in some instances going to people’s homes, and door-to-door in places like New Rochelle – to take samples from those believed to have been exposed to COVID in order to identify cases and prevent additional ones,” Azzopardi said. “Among those we assisted were members of the general public, including legislators, reporters, state workers and their families who feared they had contracted the virus and had the capability to further spread it.”

Given the governor’s reputation for bullying and favor-trading, it’s hardly a surprise that state workers simply acquiesced when he demanded they pay house calls to his relatives during work hours. By our count, this is the third scandal to rock the embattled Cuomo administration this year. How many more will it take to finally convince President Joe Biden to turn on the governor? Even if Biden did call on Cuomo to resign, it’s not clear that he would.

If Derek Chauvin acquitted, “all hell will break loose”

Who Exactly Was Rescued? $1 Trillion In Non-COVID-Related “Stimulus” & “Relief”