Despite NY Gov. Andrew Cuomo’s efforts late last week to expedite COVID vaccinations by finally expanding eligibility requirements (after initially threatening to fine hospitals for supplying doses out of order), the sign-up process for people living in NYC remains “bewildering”, according to Comptroller Scott Stringer, a Democrat who is running to succeed Bill de Blasio as mayor when his second term ends later this year. 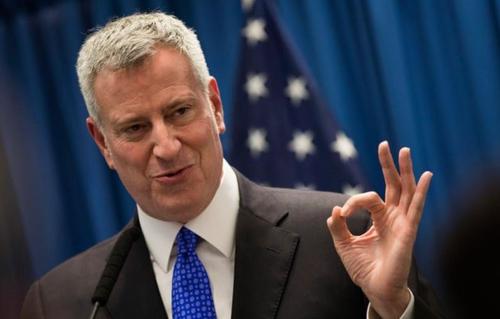 Stringer’s complaints follow reports of hospitals in the city being forced to throw away doses of the vaccine.

Dr. Neil Calman, president of the Institute for Family Health, complained to the NYT that the Family Health Center of Harlem had to throw away doses when patients didn’t show up to their appointments, since they couldn’t turn around and instead administer the doses to others.

And despite the fact that legal repercussions could further slow the process, state authorities have investigated healthcare providers that may have violated vaccination plans, including the city’s ParCare Community Health Network, which authorities say may have ignored the state’s vaccine prioritization guidelines.

In other news, Gov. Andrew Cuomo delivered his “State of the State” address on Monday, and during it, he appeared to finally hit upon something small business owners and restauranters around the city have been saying for months: if we don’t do something about this lockdown soon, there won’t be an “economy” left to reopen once COVID vaccinations have hit critical mass.

We simply cannot stay closed until the vaccine hits critical mass. The cost is too high. We will have nothing left to open. We must reopen the economy, but we must do it smartly and safely.#SOTS2021

We simply cannot stay closed until the vaccine hits critical mass. The cost is too high. We will have nothing left to open. We must reopen the economy, but we must do it smartly and safely.#SOTS2021

Some wondered what exactly had changed to make Cuomo see the light.

So now that Biden is president, we can reopen? I thought the closures were not politically motivated? https://t.co/4mtd7ZZm2N

Cuomo’s words were markedly different from his commentary from last spring, when he insisted that no American in their right mind would push to reopen the economy at the expense of human lives.

“I understand what the president is saying that this is unsustainable that we close down the economy and we continue to spend money. There is no doubt about that,” Cuomo said at a news conference in New York City. “But if you ask the American people to choose between public health and the economy then it’s no contest. No American is going to say ‘accelerate the economy at the cost of human life,'” Cuomo argued.

On Sunday, the city opened mass vaccination sites in Brooklyn and the Bronx, where shots can be doled out on Monday to people 75 and over.

Circling back to Stringer’s comments, the Comptroller complained about the complexity of the sign-up websites, which required a multi-step process to set up an account, and another to make an appointment. To sign up, numerous questions must be answered and fields filled in. All of these steps might be preventing elderly eligible residents from signing up, since – as Stringer pointed out – there were more than 200 slots still available for Monday last night.

This very minute, there are more than 200 vaccination slots available on TUESDAY on the @nycHealthy website.

I am concerned this signals twin failures of outreach and technology by the City.

The @nycHealthy site for signing up for a COVID vaccination is complex, burdensome, and buggy.

It will present an obstacle for too many people—particularly seniors—trying to sign up. This is a major problem.

But the problem is fixable, and it should be fixed immediately. @NYCHealthSystem and @nycHealthy have two different sites.

The H+H site is more user-friendly, but both are buggy. This is from the H+H site. pic.twitter.com/aFwgPvBPJm

The @nycHealthy site has a multi-step verification process just to set up an account, and then a six-step process to set up an appointment.

Along the way, there are as many as 51 questions or fields, in addition to uploading images of your insurance card.

All of this will be particularly challenging for populations that struggle with digital literacy and digital access—who have been hit hardest by this pandemic and who need the vaccine most.

We should be #1 in vaccinations in the nation from day one—and we should be using every tool at our disposal to vaccinate as many New Yorkers as possible as quickly as possible.

Instead we’ve set up a gauntlet that requires tech support.

We can’t force frontline workers and those over 75 to confront a bewildering signup process.

Any barrier to getting shots in arms is only going to prolong the agony of this crisis.

The City must fix this now. There is nothing more important. Lives are on the line.

Stringer wasn’t the only one who complained.

The process for *senior citizens* to get the vaccine in New York City involves a 51 step online questionnaire that includes uploading multiple attachments. https://t.co/V11yUdAf0W

ew York City finally reached its initial goal of vaccinating 100K people last week. But now Mayor Bill de Blasio is setting his sights even higher, telling reporters during a press briefing on Monday that he hopes to vaccinate 1MM New Yorkers – roughly 1 in 10 of the 9MM people who live in NYC – by the end of January.

For older residents who are having trouble navigating the site, de Blasio said a new hotline to allow for sign-ups over the phone would be launched immediately. New York currently has 160 sites and will be expanding sites and availability as soon as possible, de Blasio warned.

We Sold Our Souls To The “Science”