DEA agents seized 1,950 pounds of meth, valued at $45 million, hidden within the bed of a refrigerated tractor-trailer off Interstate 35 in Denton County. A detection dog or sniffer dog pinpointed the large stash during a traffic stop, amounting to 663 packages. 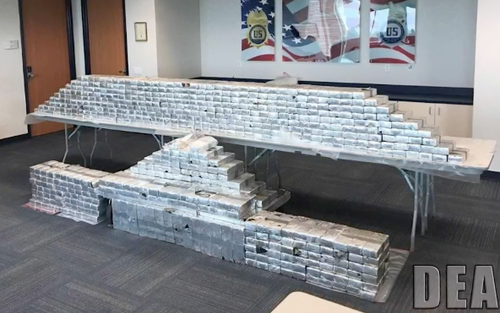 “It’s a staggering amount to be seized at one time,” said Eduardo Chavez, the Special Agent in Charge for DEA Dallas. “They were like sausage links.” 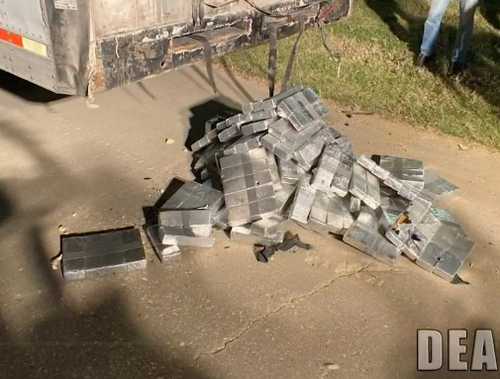 The bust was equivalent to 20% of the total amount the Dallas field division seized in 2020.

“I see a lot of lives saved when we can stack up kilograms of drugs like this on a table,” Chavez said. “Unfortunately, methamphetamine is one of the largest threats in North Texas, so we would anticipate that a lot of it was destined for the market here.” 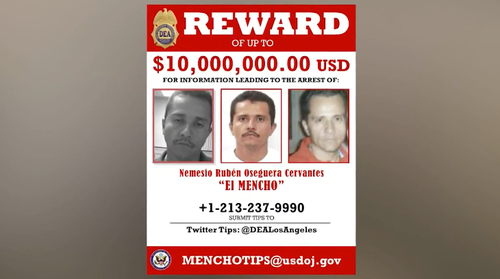 “No doubt, this got his (El Mencho) attention. A seizure like this, he most likely got a phone call,” Chavez said. “We take one of these seizures and try to expand the network, try to identify perhaps what other ones have gotten through.”

During the pandemic, the Trump administration cracked down on drug traffickers along a ‘meth superhighway’ controlled by Mexican cartels that stretched across the U.S. A six-month operation by the federal government seized thousands of pounds of meth, tens of millions of dollars, and hundreds of firearms.

Meanwhile, deaths related to meth-overdoses have surged across the country, especially among Blacks and American Indians/Alaska Natives.

“While much attention is focused on the opioid crisis, a methamphetamine crisis has been quietly, but actively, gaining steam — particularly among American Indians and Alaska Natives, who are disproportionately affected by a number of health conditions,” said Dr. Nora Volkow, director of the U.S. National Institute on Drug Abuse (NIDA).

The Trump administration made a concerted effort among federal, state, and local leaders to combat drug traffickers and criminal cartels for violating U.S. sovereignty via breaching the southern border. However, it remains to be seen if the Biden administration will continue such policies.