A new report from the National Academies of Sciences recommended the United States pursue a robust research program into solar geoengineering, to reflect sunlight and forestall some of the worst effects of global warming.  Seeking $200 million over 5 years for research from the Biden administration, those scientists push a climate crisis narrative, arguing greenhouse gas emissions are not falling quickly enough and, “Without decisive action and rapid stabilization of global temperature, risks from a changing climate will increase in the future, with potentially catastrophic consequences” This should alarm everyone. Not because a climate crisis is real, but because solar geoengineering is the height of stupidity and truly endangers humanity. Still solar blocking experiments were planned for June 2021 in Sweden. Fortunately objections from other scientists, environmentalists, and Indigenous groups just cancelled those plans … for now. 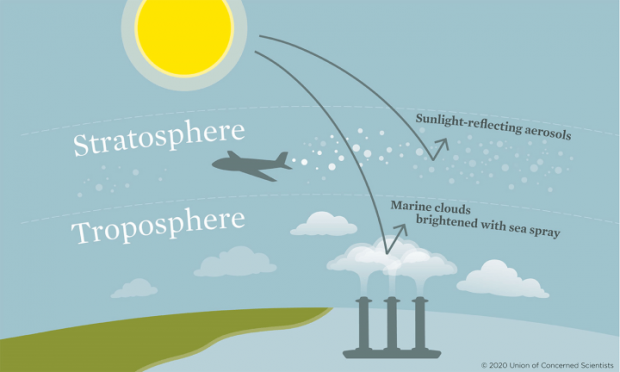 In contrast to many failed “climate crisis” predictions, there’s an abundance of research detailing the truly detrimental effects of decreased solar heating. Human suffering during the cooler Little Ice Age (LIA), spanning 1300 to 1850 AD, has been well documented. Scientists agree LIA cooling is linked to volcanic activity and several periods of reduced solar output associated with low sunspots, such as the Maunder Minimum that lasted from 1645 to 1715 AD. Satellites have verified that less solar energy is emitted when sunspots decline. During increased volcanic activity, volcanic aerosols are spewed into the atmosphere reflecting sunlight away from the earth. Likewise climate scientists seek to inject aerosols into the atmosphere to cool the earth. It’s mind-boggling that fear‑ridden scientists would want to return our climate to the cooler temperatures like Little Ice Age. So please examine what a similar LIA cooling of 1°C (1.8°F) could do.

Tropical rainfall patterns control the subsistence lifestyle of more than one billion people. Reconstructions of precipitation during the cooler 14th and 15th centuries reveal a series of monsoon mega‑droughts in central India, north-central China, and southern Vietnam, each lasting several years to decades. Although the Maunder Minimum increased rainfall in Africa’s Sahel, it also resulted in a megadrought in subtropical West Africa. Could cooling the earth be construed as racist?

Tropical rainfall and the Asian and Australian monsoons are largely controlled by the region where moisture carrying trade winds from the north and south converge. The earth’s greatest rainfall happens there and is called the Intertropical Convergence Zone (ITCZ). It is easily recognized in satellite images as a band of heavy clouds.

As the sun moves northward during the northern hemisphere’s summer, the ITCZ likewise shifts northward, and a rainy season follows. During the winter as the ITCZ shifts southward the rainy season moves southward while the more northern region then experiences a dry season. Regions south of the ITCZ experience a dry season when northern tropics experience more rain and vice versa. Scientists have shown variations in solar strength alter the ITCZ and the accompanying rainfall.  However the ITCZ does not strictly follow the sun. Its location is also affected by the temperature of the oceans and continents. During the LIA, cooler northern hemisphere temperatures pushed the average position of the ITCZ southward, resulting in the monsoonal megadroughts and famines that devastated India, and southeast Asia.

The LIA cooling of 1°C disrupted ocean and atmospheric circulation around the world, so that alternating good and bad weather whiplashed a struggling humanity. Indeed climate scientist Michel Mann wrote, “the Little Ice Age may have been more significant in terms of increased variability of the climate”. Bouts of extreme inclement weather from about 1550 to I700 AD brought famine and the age of great mortality to Europe. Ten percent of the population of northern France died in 1693-1694. In northern China, rapid cooling and increasing extreme disasters in the late 16th and 18th centuries resulted in severe social consequences characterized by more famine and popular unrest.  The year 1816 was known as the Year Without a Summer, and prompted historians to write about The Last Great Subsistence Crisis in the Western World.

In contrast, with minimal increases in land use, our so-called warming crisis paired with the industrial world’s technological innovations to steadily increase global food production and feed a burgeoning global population that had increased from 600 million in 1700 to 7.7+ billion today. 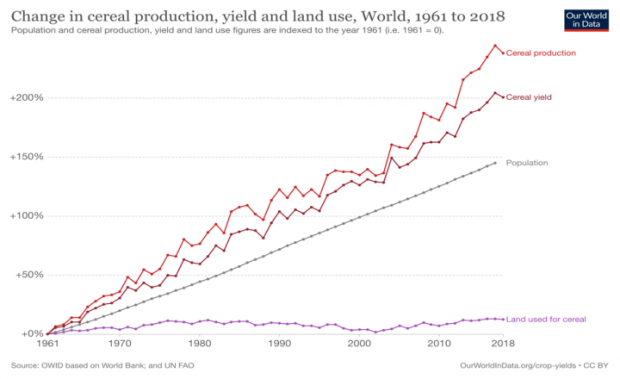 By the 1700s a new killer began to dominate the LIA – accidental hypothermia. When indoor temperatures fall below 48°F for prolonged periods, the human body struggles to keep warm, setting off a series of reactions that causes stress and heart attacks. During the intense cold season of I739/40,  indoor temperature readings fell below the freezing point throughout Western Europe. Frozen rivers disrupted transportation, creating a shortage of coal and wood for home heating in urban locations causing numerous deaths from  accidental hypothermia. The cold and dry weather also caused shortages of grass and fodder resulting in widespread death to livestock. Though not as devastating as the LIA thanks to modern heating, Americans from the Great Plains as far south as Texas were killed by cold weather with over 100 humans dying during the February 2021 cold snap.

The partisan war on lawyers who supported or represented Donald Trump