VanEck Vectors Social Sentiment ETF (BUZZ) began trading on Thursday, which was a total buzzkill, down 4%. But there was some good news, since Dave Portnoy, who founded Davey Day Trader Global (DDTG) and Barstool Sports, put his “name” behind the ETF, inflows yesterday were upwards of $280 million, according to Bloomberg data. 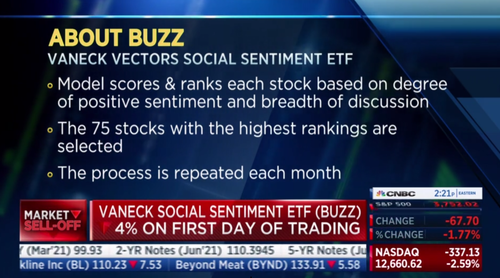 Portnoy is partial owner and director of Buzz Holdings ULC, the company that licensed the strategy to VanEck. The ETF’s holdings include Penn National Gaming (which holds a sizeable stake in Barstool Sports), DraftKings, Twitter Inc, Ford Motor Co, and Facebook Inc. 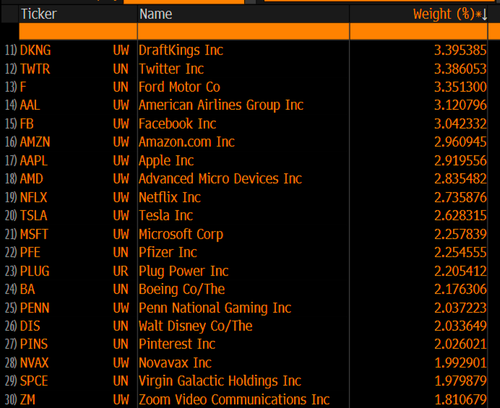 “Although fund settlement schedules make it difficult to compare first-day inflows, BUZZ’s start probably ranks it among the 12 best debuts on record,” according to Bloomberg Intelligence.

One of the reasons behind the large inflows despite closing down prior session is that Portnoy was pumping the living daylights out the ETF on his Twitter account of 2.4 million followers.

“Given the explosion of individual, younger retail traders, it makes sense to see a pile of volume,” said Dave Lutz, macro strategist at JonesTrading. “Whether it is the WSB crowd embracing Dave Portnoy’s marketing of the ETF, or institutions playing it to bet on the direction of the trend (or hedge) — we won’t know for a bit. I suspect it’s a bit of both.”

BUZZ remains rangebound between the $24 to $23 handles this morning. 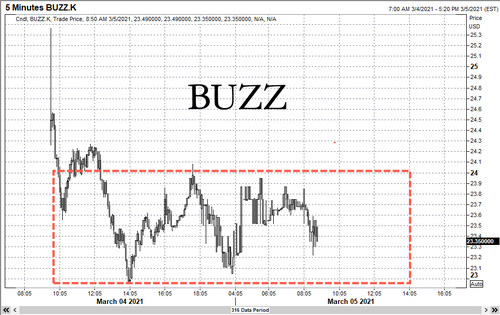 Vaccines Or Not, Scientists Now Believe COVID Is Here To Stay

The Syrian Arab Army Between The Hammer And The Anvil