In another insane day for small-cap stocks, which has seen the relentless forced short squeeze in GME continue, more than doubling the stock in the premarket before settling up some 40% higher… 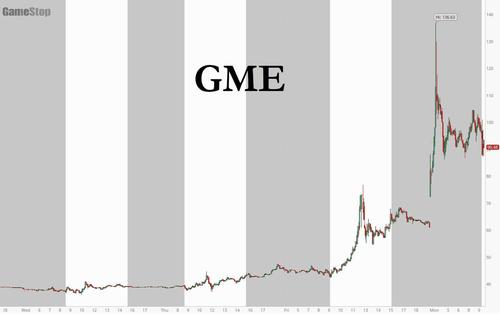 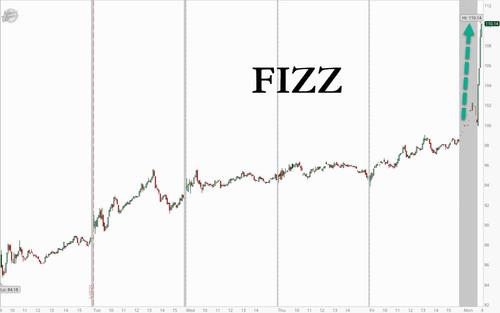 … this morning Bloomberg points out that in addition to the buying frenzy among the most shorted stocks – which we have said ever since 2013 is the only “strategy” that makes sense in this insane market – the retail daytrading horde is now also ramping penny stocks, starting with BlackBerry, the maker of the once ubiquitous smartphone, and retailer Express, which were some of the better-known names rallying after plugs on social media stock trading forums.

To wit, BB surged as much as 41% on volume already more than double the three-month daily average and gaining for a seventh session; the stock soared past a nine-year high (this happens just days after company insiders unloaded a boatload of shares). 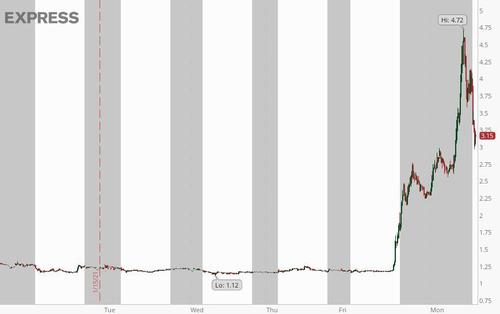 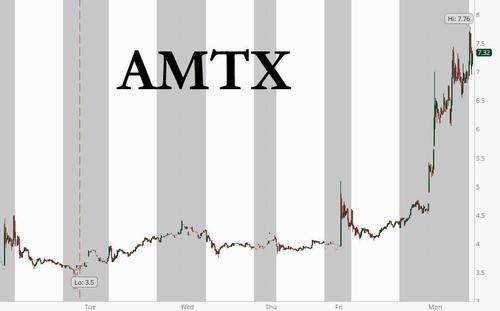 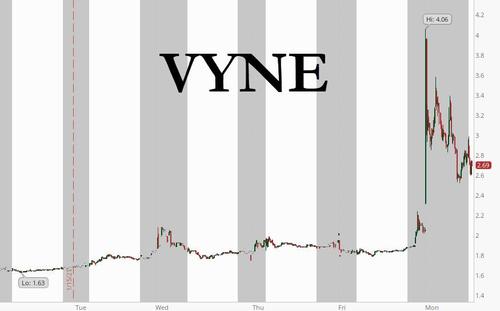 And so on. Expect a continuation of these insane moves until the Fed finally does something, which probably won’t happen for a long time…

Texas Freeze Raises Cost Of Charging A Tesla To $900

Pento: “This Is The Most Overvalued Market We Have Ever Had In History”