New York City has just announced that outdoor concerts can resume starting April 1 (the same day the New York Yankees will play their season opener against the Toronto Blue Jays), but the drumbeat of pressure facing Gov. Andrew Cuomo is continuing apace.

In the latest Cuomo-related headlines, his Democratic arch-rival, Mayor Bill de Blasio (who has repeatedly called on Cuomo to resign, and even accused him of getting in the way of saving lives) slammed Cuomo for lifting the state’s COVID-19 restrictions based on “political reasons”, not based on what’s actually best (or safest) for the people of New York.

Coming from another politician, de Blasio’s claim has something of a “pot-kettle” feel. Nonetheless, many have joked that Cuomo’s announcements about raising the capacity for indoor dining and announcing the timing of other rollbacks of COVID-related restrictions are part of a calculated strategy to try and distract from the twin scandals plaguing the governor.

Thursday’s announcements about the return of outdoor concerts was no exception. Just look at the replies to Cuomo’s latest tweet about NY’s COVID numbers.

Total COVID hospitalizations are at 4,536.

Sadly, there were 57 fatalities. pic.twitter.com/EcWI60hoKI

One more accuser and NY will be completely OPEN!!! Let’s Gooooo!!!!

Your message that it’s safe seems premature, given NY has one of the highest rates of infection in the US.

The # of new cases seems to be rising. report cases per 100,000 not just positivity rate based on fluctuating numbers of https://t.co/SMbDc4AhRa cases among whom? Congregate living? Essential workers? Kids? How many were (partially) vaccinated Unvaccinated living w/ vaccinated?

As several people pointed out, NY’s COVID case numbers are rising (as the chart above shows) and the Empire State now has one of the highest rates of infection in the US. Yet, this numbers aren’t being shared with the same sense of urgency from the governor. 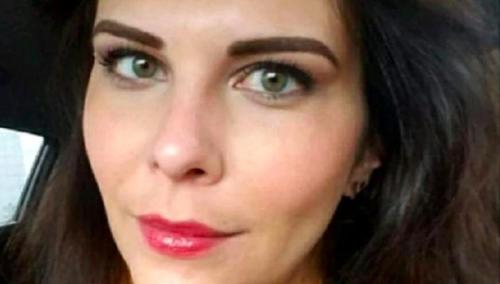 In other news, another reporter has come forward with more skeevy details about sexually charged interactions with the governor. Bloomberg reporter Valerie Bauman opened up about her troubling run-ins with Cuomo when she was 25 and covering New York state politics for the Associated Press in a series of tweets. In a statement she shared, she said her experience working in Albany was “a period marked by rampant sexism and sexual harassment.” Her allegations covered a time when Cuomo was New York Attorney General, from 2007 to 2010. “Andrew Cuomo did appear to take an interest in me,”she wrote, recounting her first meeting at a press briefing when he “made unwavering eye contact.”

It gets worse. She continued: Cuomo was “actually staring to the point that I started blushing and looking around at people surrounding me, whose own facial expressions indicated, ‘Yes, ma’am, he’s looking at you.”  Bauman said another reporter told her that Cuomo made a “‘beeline’ for me” after the briefing. “He took my hand, entered my personal space and looked into my eyes as he announced, ‘Hello, I’m Andrew Cuomo,'” Bauman recalled, saying photographers snapped pics as they spoke. “Afterward, a fellow reporter loudly observed that Andrew Cuomo seemed very into me. I was embarrassed, but at least is wasn’t my imagination, I thought.”

She added that she started then getting “an unusual level of access” to Cuomo, and even a job offer. Cuomo was only one of a number of men who made her “uncomfortable” in Albany, and said she had only waited to come forward as she did not feel her story compared to the “more severe cases” of accusations facing the embattled governor.

Bauman is at least the 8th woman to accuse Cuomo of harassment, but for some reason, the mainstream media seems to have stopped the count at 7. Allegations from other reporters like Lindsey Nielsen. Others have complained anonymously to the Daily Beast

Bauman’s story, and accounts from several other female journalists who claim to have experienced similar treatment, were chronicled in a feature piece published by the Daily Beast on Thursday.

How Consumer Sovereignty and Entrepreneurship Work Together