Submitted by Tim Knight of Slope of Hope

This post isn’t going to get me any nominations for a humanitarian award, but here goes…………..

My family owns a number of rental properties in the San Francisco Bay Area. The apartments were acquired decades ago at cheap prices, and they have been good sources of monthly income. The tenants were reliable and paid on time. The “Past Due” column in the monthly report was always a row of 0.00s. Until recently.

I scrolled through the latest report, and I saw entries like this………. 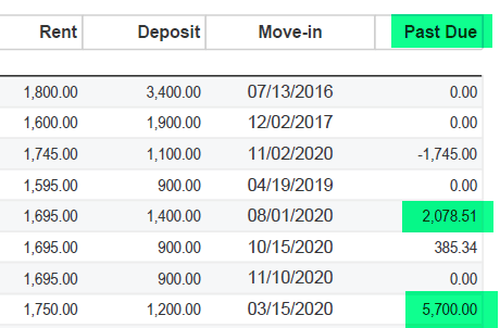 Indeed, some folks were three or four months behind, whereas the majority of the tenants paid their bills promptly. I kept scrolling…………

And the reason for all these delinquencies? I’d like to suggest that this order from California Governor Newsom might just have a little to do with it:

Let’s take a look at the most salient portions, with some boldfacing on my part:

The legislation signed today pauses evictions for tenants who declare under penalty of perjury an inability to pay all or part of the rent due to a COVID-related reason. Tenants are still responsible for paying unpaid amounts to property owners, but those unpaid amounts cannot be the basis for an eviction, even after the moratorium ends.

OK, so if a person blows off their rent, month after month, the one and only remedy afforded the landlord………….kicking them to the street..………….is now illegal. On top of that, no matter how large a debt is accrued, even after Covid is a distant memory, the landlord cannot evict them based on the debt. It can stay on the books forever, and the only reason for an eviction would be, for example, if the guy tried to burn the entire complex to the ground. It can’t be about the past-due rent.

SB 91 prohibits the selling or assigning of rental debt that was accrued from March 1, 2020 through June 30, 2021 until the end of the moratorium. However, the prohibition is permanent with respect to the rental debt of people at or below 80 percent of Area Median Income who meet the eligibility requirements of the Rental Assistance Program. Property owners or other housing providers are also prohibited from using COVID-19 related debt as a negative factor for evaluating a housing application, or as the basis for refusing to rent to an otherwise qualified tenant.

So this makes plain that you can’t even get debt collectors to pursue the monies due………………EVER! (That’s what the “prohibition is permanent” part is all about).

So let’s say a fellow decides he’d really rather not bother with rent from March 2020 through June 2021, a period of 16 months. (And this is assuming that this moratorium isn’t extended yet again!!) Let’s go on to say he racks up a past due balance of $27,000.

July 2021 comes along, and he deigns to start paying his monthly rent again, just like everyone else in the building did all that time. But what about the $27,000 he owes?

Can I evict him for it? Nope.

Can I have Large Louis the debt collector chase him down for it? Nope.

How about if the guy decides to move out and puts in an application for another apartment: won’t the huge black mark on his credit report mean that the new landlord can tell him to get the hell out of his office? Nope. Because he is “otherwise qualified” (which I suppose means he is a functioning biped).

The whole thing is outrageous, because it rewards the deadbeats and punishes those who are actually meeting their obligations. Worse that that, it permits the state to nullify a perfectly valid contract!

If David Deadbeat lives rent-free for sixteen months in my building, and everyone else is paying, aren’t they sort of foolish for doing so? Why not EVERYONE just blow off their rent? After all, Governor Newsom has made it illegal for me to do anything about it! 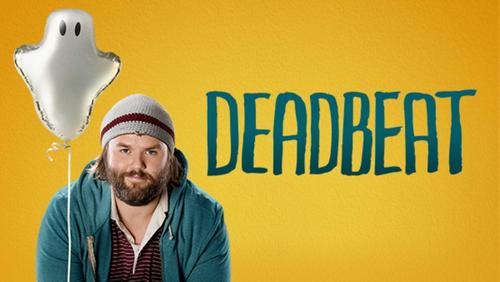 Look, I have started and grown several small businesses in my life, and there have been a number of times in which I have seriously, seriously regretted a contract that I’ve signed. But that’s my signature on the page. If I don’t like it, I have to do my best to work with the other party to try and work something out. The state of California isn’t going to wander over and tell the other party to get lost and thereby nullify the agreement. It was my own damn fault, and it’s up to me to deal with the consequences.

This whole situation, of course, is a microcosm of the “nanny state” that we’re seeing more and more. The bottom line is that the government is intervening in matters that honestly should not be any of their business, and it is treating the rule of law with utter contempt, since the business relationship between my family and individual tenants has been perverted by an interloper. And the biggest winner in the whole thing is any given individual who figures he’ll just stick it to the landlord and have absolutely no consequences to face for having done so.

The Next Big Thing In NFTs: Breaking Them Apart