Dear Jen ‘No Crisis At The Border’ Psaki – Watch This Clip!

You know it’s bad when CNN is slamming Democrats…

In a somewhat combative press briefing today, CNN’s Kaitlin Collins pressed White House press secretary Jen Psaki on why the Biden admin was refusing to address the “crisis” at the border (which everyone and their pet rabbit could have seen coming):

“The administration has refused to call it a crisis, instead referring to it as a challenge and saying what you call it doesn’t make a difference of how you’re responding to it, but now today there are over 3,700 children – unaccompanied migrant children – in border patrol custody,” Collins noted.

“They’re spending on average over 100 hours – four days – in these facilities that are jail-like facilities not meant for children, so how can you say that’s not a crisis?” she continued.

Psaki exclaimed that “it doesn’t matter what you call it” and referred to the situation as “an enormous challenge.”

“Our focus here is getting to the root of the issues and taking actions, and we don’t feel the need to play games with what it’s called,” Psaki ultimately said.

Biden’s Press Secretary is confronted on the border crisis: “how can you say that’s not a crisis?”https://t.co/0aNfMFzwNy pic.twitter.com/Sj1IZSJl8f

So, having tried the Jedi Mind Trick of convincing Americans that “this is not the border crisis you are looking for,” we suggest Ms. Psaki take a look at the following clip that is rapidly going viral…

Biden’s “humane” border policy in all its gory glory…

How long before this is banned from the interwebs?

As a reminder, analyst Steven Kopits said that the reported 96,974 migrants apprehended by U.S. Customs and Border Protection broke many records.

“This was almost three times the level of one year earlier and the highest since 2006, that is, during the Bush administration. It was far worse than any February under either the Obama or Trump administrations,” said Kopits. 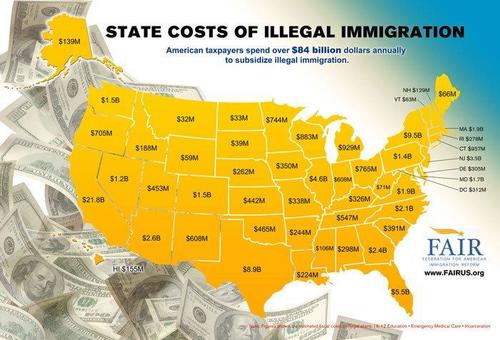