Demand For Second Passports “Skyrockets” By 50% Amid Covid Travel Restrictions

Demand for second passports, citizenships and overseas residencies amid the global Covid pandemic has “skyrocketed”.

A release out earlier this month from deVere Group, one of the world’s largest independent financial advisory firms, said that the lockdowns and travel restrictions have driven up demand for second passports and the like by more than 50% year over year.

“The majority of enquiries are from high–net-worth individuals from the U.S., India, South Africa, Russia, the Middle East and East Asia who are seeking alternative options in Europe and the Commonwealth,” a December release from the group says.

Its CEO, Nigel Green, commented: “Previously, a second passport, citizenship or residency were regarded by many as the ultimate luxury item; a status symbol like yachts, supercars and original artwork. While this still remains the case, there’s also been a shift due to the pandemic.”

He continued: “Now, second citizenship or overseas residency are increasingly becoming not just a ‘nice to have accessory’ but a ‘must have.’ Whether it be for personal reasons, such as to remain with loved ones overseas or be able to visit them, or for business reasons, a growing number of people are seeking ways to secure their freedom of movement as they have faced travel restrictions which are, typically, based on citizenship.” 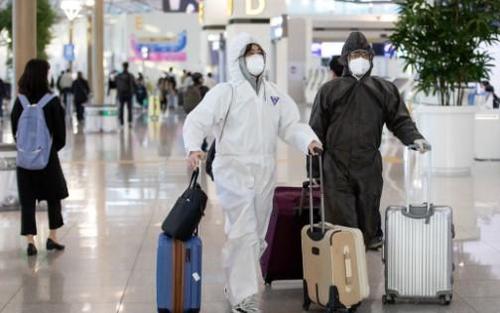 He also claimed that the urge to travel makes the case for people becoming “global citizens”: “The pandemic has served as a major catalyst for demand which skyrocketed this year. It has focused minds to secure that second passport or elite residency. However, the appeal for is broader than just the global Covid-19 crisis. Increasingly people prefer the concept of being a global citizen, rather than being solely tied to the country of their birth. They too value the many associated benefits including visa-free travel, world-class education, optimal healthcare, political and economic stability, reduced tax liabilities and wider business and career opportunities.”

James Minns, deVere’s Head of Residency & Citizenship commented that some residency programs, like Portgual, only require a property investment starting around 250,000 EUR and can be welcoming to those with the financial means to make it happen.

Minns said: “More and more nations are running citizenship-by-investment programs, in which applicants invest an amount of money in a sponsoring country typically in high-end, new-build real estate developments in exchange for permanent residency, citizenship, or both. These programmes, which high-net-worth individuals regard as invaluable insurance, are typically based on property investments that start from 250,000 EUR.”

Nigel Green concluded: “These highly unusual times have fuelled the surge in demand for second passports. “The pandemic has brought into sharp focus what really matters to people: family, freedom and security.”

deVere Group is one of the world’s largest independent advisors of specialist global financial solutions to international, local mass affluent, and high-net-worth clients.  It has a network of more than 70 offices across the world, over 80,000 clients and $12bn under advisement.

Photos Expose ANOTHER #FakeNews Media Lie: Rudy Giuliani Seen Back at the White House on Saturday

Reports: Buildings Near Capitol Being Evacuated Due to Suspected Pipe Bomb