Deutsche Bank, Commerzbank On The Hook For 500M Euros In Greensill Collapse

Just months after Germany’s financial regulator was exposed for being asleep at the wheel during the Wirecard scandal, both Deutsche Bank and Commerzbank are reportedly about to be on the hook for millions of euros of losses tied to Europe’s latest financial disaster, the collapse of Greensill Capital, and its Bremen, Germany-based banking arm, Greensill Bank. 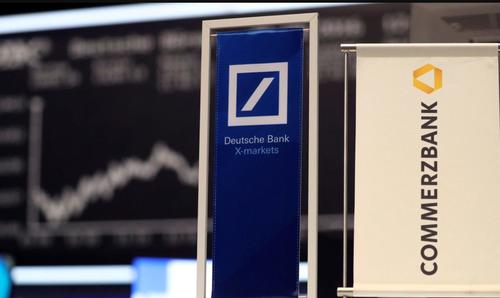 Germany’s regulator, BaFin, which was slammed for dropping the ball on Wirecard (at one point, the regulator accused a reporter for the FT of conspiring with short-sellers to discredit Wirecard; in the end, the paper was vindicated), warned Tuesday that a handful of German banks that backed Greensill will examine depositors claims and pay out anything that might be owed under a national deposit-insurance scheme. A German court in Bremen opened insolvency proceedings into Greensill earlier on Tuesday at the agency’s request.

The Bremen Local Court appointed Michael Frege as the insolvency administrator. Frege, an attorney at law firm CMS, is one of Germany’s best known administrators, having gained notoriety from handling the insolvency of a Lehman Brothers unit and the dissolution of Maple Bank in 2016.

While dozens of German municipalities are at risk at losing some or all of the money they have deposited with Greensill, DB and Commerzbank will be left holding the bag because they’re two of the biggest members of a voluntary deposit-insurance scheme run collectively by Germany’s commercial banks.

Although it’s too early to say how much they might owe, a payout from the fund would force the surviving members of the scheme to cough up more cash.

One German media outlet, Manager Magazin, reported that Deutsche Bank and Commerzbank will each have to contribute €200MM to €300MM to cover deposits at the collapsed bank, sums that encapsulate their share of the damages from the deposit insurance scheme. Neither bank was willing to comment about their prospective liabilities.

Bremen-based Greensill Bank had about €3 billion of insured deposits and an additional €500MM euros which aren’t covered, the latter include funds placed in the bank by German municipalities, which, as we have reported, expect to be wiped out.