Just a couple of days ago, we wrote how the 4 day work week was catching on a result of the new, post-Covid work landscape.

Now, it looks like Deutsche Bank could be next big corporation to adopt similar changes. The banking giant is considering letting staff work from home between one to three days a week, according to a new report from Bloomberg. Deutsche is actively trying to cut back on real estate costs, the report says.

Deutsche Bank U.K. CEO Tiina Lee said that being in the office 5 days a week “feels to me a little bit like a wasted opportunity.” Lee said that staff wants to work from home and “that is something that we’re looking to explore.” 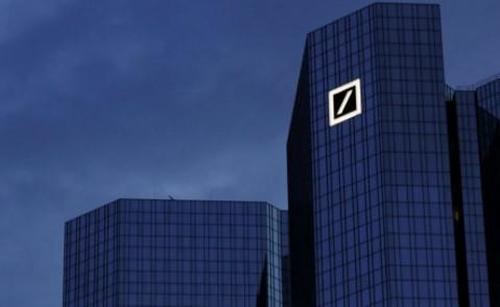 She noted that traders may have less days working from home and that the policy will be different according to different roles at the bank.

And it’s not just Deutsche making the changes. Standard Life Aberdeen is making similar changes. Its CEO Stephen Bird said this week: “We have reconfigured it for hybrid working. After such a long period of working from home we need to really attract our employees back into the offices, but not on a full time basis.” His firm could move to more open plan offices in the future.

TP ICAP CEO Nicolas Breteau said his company is also implementing a hybrid work model, where staff can work from home up to two days a week. Flexible office company IWG is also adapting to the changes. IWG’s Chief Executive Officer Mark Dixon said this week: “The problem in big cities is really commute related. That’s what will come through after this is over, and that’s what makes hybrid and flexible working so attractive.”

Recall, we wrote days ago that Awin Chief Executive Officer Adam Ross, who made the change at his company, allowing his workers to leave early on Fridays, recently told Bloomberg: “We firmly believe that happy, engaged, and well-balanced employees produce much better work. They find ways to work smarter, and they’re just as productive.”

And its not just Awin. It’s a trend that is growing much larger around the globe. For example, according to ZipRecruiter, postings that have mentioned a four day work week have tripled over the last three years, to 62 per 10,000 postings. Major companies like Unilever are even experimenting with the four day work week. Spain’s government is looking into whether to subsidize the idea and it is even catching on in Japan.

Will Stronge, director of research at Autonomy, said:  “The four-day week is picking up momentum. For the large majority of firms, reducing working hours is an entirely realistic goal.”

Stock Rally Reverses Amid “Overheating” Concerns As Bitcoin Powers Toward $50,000

German Study: Laboratory Accident Most Likely Cause Of Coronavirus Pandemic