Did The Democrats “Tank” The Second Trump Trial?

Below is my column in USA Today on the lack of a strategy by the House to secure conviction in the trial of former President Donald Trump. As I have previously noted, the House managers did an excellent job in their presentations and many of the videotapes rekindled the anger that most of us felt over the riot. They also reinforced the view of many (including myself) that former president Donald Trump bears responsibility in the tragedy that unfolded due to his reckless rhetoric. Yet, there was a glaring omission in the substance of the House arguments.

The managers did not lay out what the standard should be in convicting a former president for incitement of an insurrection and only briefly touched on proving any “state of mind” needed for such a conviction. That is why I have referred to their case as more emotive than probative. It lacked direct evidence to support the claim that Trump wanted to incite an actual insurrection or rebellion against the United States, as alleged in the article of impeachment.  I do not believe that an acquittal was inevitable in this case, but it was all but assured by critical decisions made by the House in this impeachment. The unforced errors discussed below raise the question of whether the Democrats “tanked” the trial. 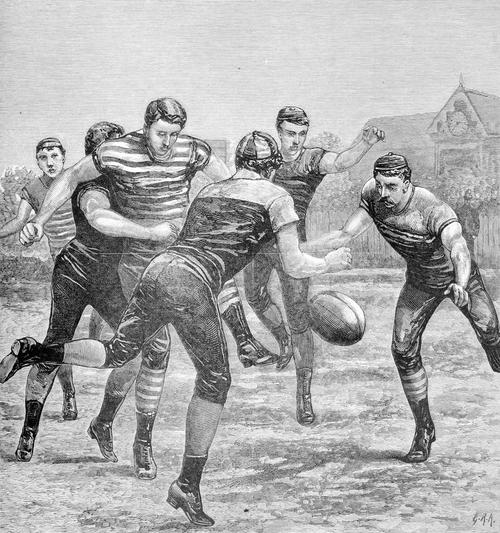 The second trial of former President Donald Trump is shaping up to be a curious exercise designed more to enrage than convict. While legal eagles will be analyzing every move, what citizens really need is an Philadelphia Eagles fan to understand what is unfolding. In the NFL, it is called “tanking.” This year, there was a raging debate whether Eagles coach Doug Pederson was actually trying to win or just losing convincingly to secure a better draft pick. The House trial strategy has every indication of a tanked trial, but few are noting the glaring lack of a credible offense.

When it comes to football, tanking allegations arise when the inexplicable speeds along the inevitable. That point was reached this season when Pederson decided not to tie the game against Washington in the third quarter with a field goal and instead put Nate Sudfeld in the game over Jalen Hurts. The House may have reached that point when the managers seemed to be trying harder to make a better case for losing than winning. That was driven home by the selection of such managers as Rep. Eric Swalwell in the wake of his scandal with Chinese spy. Swalwell’s comments not only include disturbing legal claims, but highly personal and offensive remarks like mocking threats against Susan Collins, R-Maine. Swalwell declared “Boo hoo hoo. You’re a senator who police will protect. A sexual assault victim can’t sleep at home tonight because of threats. Where are you sleeping? She’s on her own while you and your @SenateGOP colleagues try to rush her through a hearing.”  Pelosi picked not only a member who has viciously attacked Republicans but one of the Republicans most needed by the House in this trial. Sending in Swalwell made the Sudfeld substitution look like sheer genius.

If this was an NFL board of inquiry, three signs of tanking would standout.

The first indication was the use of what I have called a “snap impeachment.” The House wanted to impeach the president before he left office, which was perfectly constitutional. I have long maintained (as I did as a witness in the first Trump impeachment hearing) that the House can legitimately impeach a president on his very last day in office if it has evidence of a high crime and misdemeanor. However, after Jan. 6 the House had time to hold hearings (even if only for a day or two) to create a record supporting impeachment. The House leadership refused despite the urging of some of us that no impeachment had ever been submitted with no record of a hearing, investigation or formal opportunity for a president to respond.

It was an ironic moment. In the last impeachment, I criticized the House leadership for impeaching Trump on the thinnest record in the shortest time in history. It then outdid itself by impeaching him a second time with no record and no hearing. Even a day of hearings would have reduced the serious prudential concerns of senators, but the House pushed through a snap impeachment on a muscle vote. That left the House with no record despite being denied witnesses in the prior impeachment by the Senate

The greatest indication of tanking was the language of the article itself. Even a single day of hearings would have allowed experts to discuss the potential impeachable conduct and the crafting of articles of impeachment. There was credible impeachable offenses in Trump’s conduct on January 6th and its aftermath. Instead, the House leadership insisted on impeachment for “incitement of insurrection.” The House is not alleging reckless or negligent conduct leading to a riot. It is alleging incitement to actually seek rebellion or overthrow of the country. The article specifically refers to section 3 of the 14th Amendment in its prohibition of anyone holding office if they “engaged in insurrection or rebellion against” the United States. Even moderate senators who condemned Trump for his speech would be highly unlikely to convict on such an article.

The House made it easy on those seeking acquittal. It could have crafted an article that would appeal to broader bipartisan support. Instead, it sought the most extreme language alleging incitement to an actual insurrection — virtually guaranteeing a partisan vote and likely acquittal.

The House also included language that only strengthened the expected challenge facing the House in seeking a trial for a former president. The article declared Trump “has demonstrated that he will remain a threat to national security, democracy, and the Constitution if allowed to remain in office.” Yet, the House was virtually certain that he would already be out of office when he came to trial. The language magnified concerns over the constitutionality of retroactive trials. Not only does the Constitution refer to the trial as deciding whether to remove “the President” but the article itself refers to the purpose of such removal to protect the nation. While the article mentions disqualification from future office, the article is crafted around an urgency that would become a nullity in a matter of days.

What occurred next was familiar to NFL fans suspicious of tanking. Nothing happened. The House made it to the endzone of a Senate trial and then stopped on a dime. The House demanded witnesses in the Senate but then let weeks pass without calling any witnesses that would be relevant to proving Trump’s intent or state of mind. It could have created a public record and locked in testimony in case the Senate, as expected, declined to call witnesses or severely limited witnesses.

Thus, weeks passed as key witnesses gave public interviews. Yet, the House refused to put them under oath in hearings. Why? A dozen witnesses could have testified and the record could have been referenced or incorporated in the trial. These are witnesses like former Acting Secretary of Defense Chris Miller and his two closest aides, Kashyap “Kash” Patel and Ezra Cohen describing what Trump said and did during the critical period, including discussions of the use of National Guard. Most recently, a senior aide said that Trump was “loving watching the Capitol mob” on television. The witnesses are doing everything short of wearing sandwich boards outside of the House asking to be called, but the House has refused to create a record. If it called hearings, the House would have reduced the concerns over the use of a snap impeachment and dramatically strengthened its case. Instead, the House preferred no record.

The House brief in the Senate further highlighted the lack of direct evidence on Trump’s state of mind. It laid out an emotionally charged but legally incomplete case for the Senate. To convict, the House needs to show Trump was more than reckless. It crafted the article as inciting an actual rebellion or insurrection, not mere negligence. Instead, the House plans to show clips of damage and interviews with rioters to show how Trump’s words were interpreted rather than intended. The thrust of its case is a parade of horribles from that day, a narrative that will harden the minds of many but change the minds of few. Without such evidence, the Trump team will be able to hammer away at similarly reckless rhetoric used by Democrats, including members of the “jury.”

That is why, with the start of the trial, there is growing suspicion of a tanked trial. The House will present a case long on emotions and short on evidence. Trump will then be acquitted and Democrats will look to picking up new talent in the 2022 draft.