Disney shares popped toward the end of the cash session on Wednesday after it was announced that Disney+ would be hiking its prices for streamers in the U.S. for the first time. It was the first signs of life for Disney stock in almost two weeks, as the equity has fallen consistently from highs near $200 per share earlier in the month. 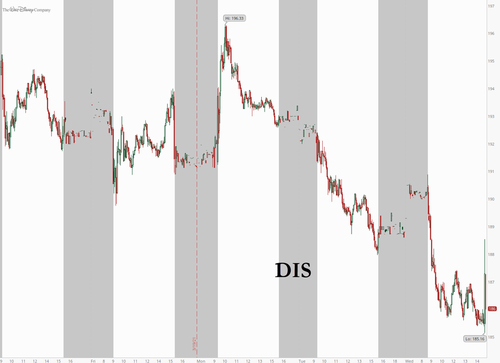 Disney is also going to be selling a three-way bundle of Disney+, Hulu with ads and ESPN Plus (which is used to stream most UFC fights exclusively now) for $13.99.

Disney has about 100 million subscribers worldwide as of earlier this month. About 30% of global users are from India and Indonesia, which Variety notes “has a much lower average price point than other regions.” 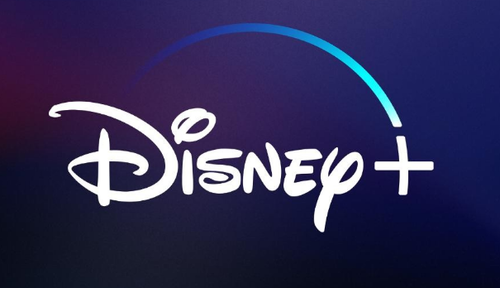 Comparitively, Disney+ still remains cheap in the United States. Netflix, for example, costs $13.99 per month and HBO Max costs $14.99 per month. Disney had previously raised the price of Disney+ in Canada to $11.99 CAD per month from $8.99 CAD last month.

Recall, as the ageless brand continues to shift to digital, in early March we pointed out that Disney was also working to significantly reduce the number of Disney Store locations nationwide as they focus more on e-commerce.

“Over the next year Disney will focus on providing a more seamless, personalized and franchise-focused ecommerce experience through its shopDisney platform which will be complemented by greater integration with Disney Parks apps and social media platforms,” the company said at the time.