Despite the company’s theme parks in California having been shuttered for almost a year, Disney managed strong performance across the board in Q1 with a surprise profit.

But all eyes were focused on streaming subs, which also beat…

“We’re confident that, with our robust pipeline of exceptional, high-quality content and the upcoming launch of our new Star- branded international general entertainment offering, we are well-positioned to achieve even greater success going forward,” Bob Chapek, Chief Executive Officer, said.

Not entirely surprising, given the impact of COVID, all the line-items are down from pre-COVID still… 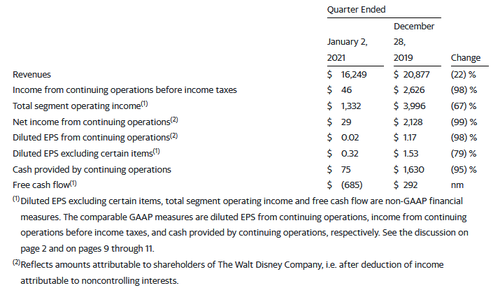 So Parks, Experience, and Products revenue down 53% YoY, yet streaming is saving the day as usual recently…

Its theme parks took a $2.6 billion hit in the quarter, and the company said overall sales declined 22%.

“Since late in the second quarter of fiscal 2020 and continuing into fiscal 2021, covid-19 and measures to prevent its spread have impacted our segments in a number of ways, most significantly at Disney parks, experiences and products.

“In the current quarter, our theme parks were closed or operating at significantly reduced capacity and cruise ship sailings and guided tours were suspended.”

Direct-to-Consumer revenues for the quarter increased 73% to $3.5 billion and operating loss decreased from $1.1 billion to $466 million. 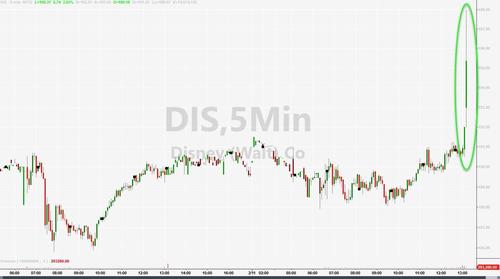 …the happiest shareholders on earth? 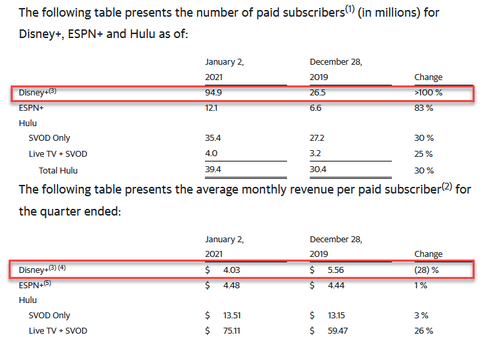 The average Disney+ customer paid more than $5.50/month a year ago. Now that figure is closer to $4. That reflects growth in Asia, where Disney+ (and Hotstar) is much cheaper.