The Black Lives Matter activist who was seen storming the U.S. Capitol on Jan. 6 was arrested and charged, the Department of Justice said Thursday. 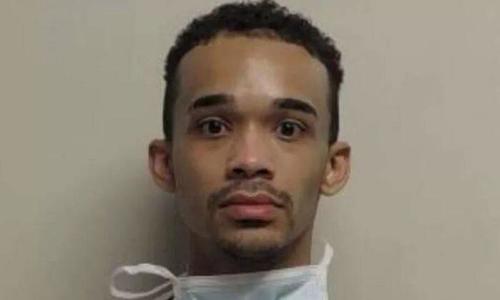 A newly released court filing says John Earle Sullivan, 26, told FBI agents last week that he was at the Capitol when the breach happened. He said he entered through a window that had been broken out. He also said he was present when Ashli Babbitt, an Air Force veteran, was shot dead by a U.S. Capitol Police officer as she tried to climb into the House Speaker’s Lobby through a window.

Sullivan showed agents some of the footage he captured inside the building, which he and others entered illegally.

Videos showed Sullivan and others breaking through a barricade, with the Utah man shouting: 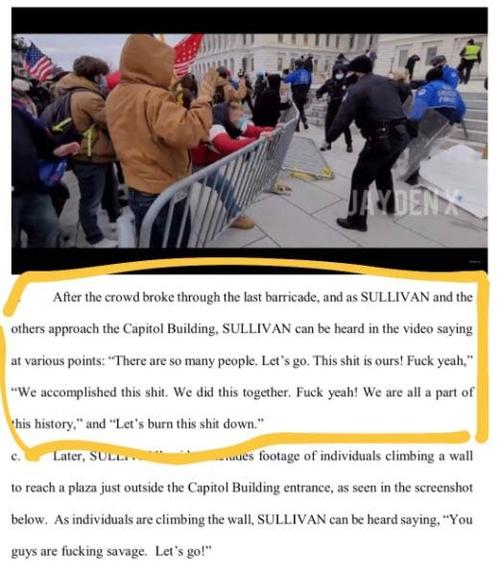 He was later heard encouraging protesters to climb a wall to get to an entrance to the Capitol and was seen entering the building.

During one conversation with others while inside, Sullivan said, “We gotta get this [expletive] burned.” At other times, he said, among other things, “it’s our house [expletive]” and “we are getting this [expletive].”

Sullivan told U.S. Capitol Police officers to stand down so that they wouldn’t get hurt, according to the court filing (pdf). He joined the crowd trying to open doors to another part of the Capitol, telling people “Hey guys, I have a knife” and asking them to let him get to the front. He did not make it to the doors. He later tried to get the officers guarding the Speaker’s Lobby to go home, telling them: “Bro, I’ve seen people out there get hurt.” 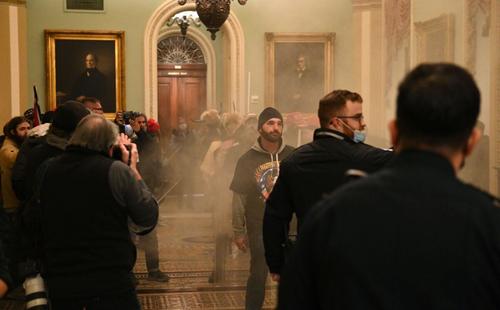 A group of protesters enter the U.S. Capitol in Washington on Jan. 6, 2021. (Saul Loeb/AFP via Getty Images)

Sullivan spoke to a slew of media outlets after the breach, including CNN and ABC. 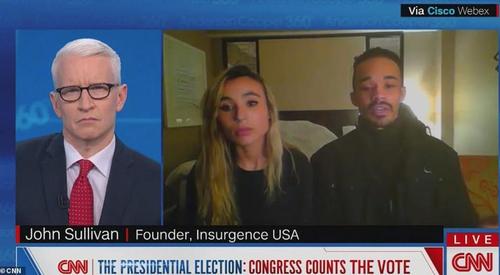 He told The Epoch Times he knew of plans to storm the Capitol and that he saw them on “undergrounds chats and things like that.”

He posted information about the plans on his social media, but didn’t inform the law enforcement. “I’m not a snitch,” he said.

Sullivan has posted in support of Black Lives Matter. He leads a group called Insurgence USA, which says it was founded in the wake of the death of George Floyd, a black man, in police custody in Minneapolis last year.

“The lack of care for the human life was unacceptable so we set out to end police brutality. We then set out to empower and uplifting black and indigenous voices,” the group’s website states.

Sullivan was charged with rioting and criminal mischief in Provo, Utah, based on his activities around a protest last year in which a person was shot and injured.

BLM inc. threatening to “rip the president out of the White House”

They say they won’t wait until the next election.

They’re openly calling for a revolution.

This is domestic terrorism on full display, out in the open. They don’t even try to hide it. pic.twitter.com/OyhNSzBEwu

Sullivan was charged this week with unlawful entry, disorderly conduct, and attempted obstruction of law enforcement. 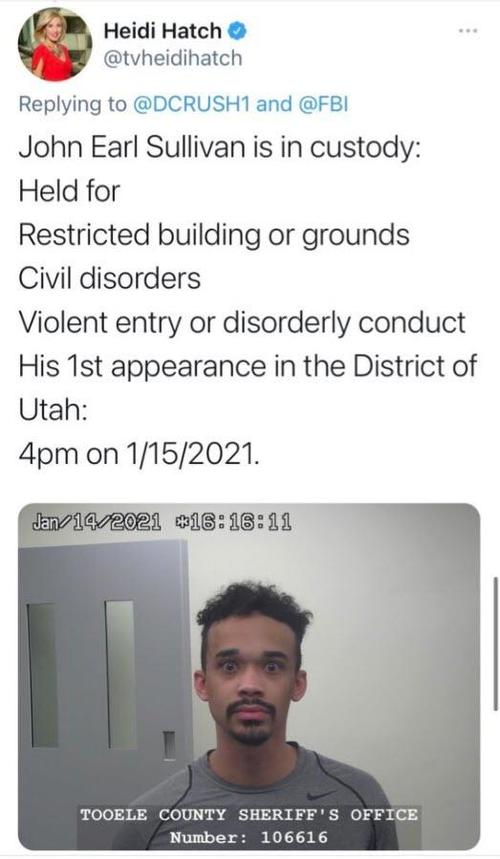 He faces jail time if convicted.

ZH: Which leaves us with three questions:

1) Does this mean CNN gave a platform to a domestic terrorist?

2) Did Trump incite this man to commit insurrection too?

3) If he was aware of riotous plans “on underground chats” before Trump’s speech, does that mean Trump did not incite “domestic terrorism”?

We won’t hold our breath for the treasonous answers.