A security director at Dominion Voting Systems, the company charged by many of playing a role in ‘rigging’ the US election via voting machines, is suing the Trump campaign and several conservative news outlets. 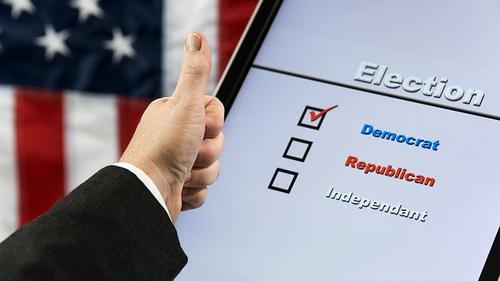 Eric Coomer has filed suit, claiming he has received death threats stemming from the accusations that Dominion helped sway the election in Joe Biden’s favour.

Mr Coomer has been identified as the individual referred to by Oltmann as “Eric from Dominion” in statements made to OAN and other conservative outlets regarding alleged bragging to Antifa activists about making sure Trump wasn’t going to get re-elected:

The lawsuit states that Mr Coomer has been made “the face of false claims” in relation to Dominion’s alleged influence over the election.

The suit further states that photos of Coomer, as well as his home address and personal family details have been made public by some pro-Trump websites.

Mr Coomer has stated that “I’ve worked in international elections in all sorts of post-conflict countries where election violence is real and people are getting killed over it. And I feel that we’re on the verge of that.”

In an op-ed posted by the Denver Post, Coomer declared that he has “no connection to the Antifa movement” and “did not ‘rig,’ or influence the election.”

The lawsuit comes on the heels of a similar threat of legal action by voting machine company Smartmatic, which has issued legal notices to Fox News, OAN and Newsmax, accusing the networks of a “campaign [that] was designed to defame Smartmatic and undermine a legitimately conducted elections.”

The legal notice is also said to have specifically named Fox News hosts Lou Dobbs, Jesse Watters, and Maria Bartiromo, and indicates that Smartmatic could pursue legal action against them personally.

The Smartmatic letter names Fox News hosts Lou Dobbs, Jesse Watters, and Maria Bartiromo as individuals who spread the conspiracy theories. A spokesperson told me that suing them individually is an option on the table. https://t.co/vb2kKDHmXg

Both Fox News, via Lu Dobbs, and Newsmax have since aired segments that critics say constitute ‘walk backs’ on previous allegations:

This is very bizarre. Lou Dobbs ran a segment tonight basically debunking his own lies about Smartmatic voting machines pic.twitter.com/FDM91SPtT1

Newsmax just aired this note to “clarify” its coverage of Smartmatic and Dominion. pic.twitter.com/I5XZ7CQpAk

Dominion itself has not yet issued any legal notices to media outlets. It has, however, sent a letter to Sidney Powell, demanding she retract some “wild and reckless” allegations she has made about them.

“It Is Possible – Even Probable – That The World System Will Shatter”

In Which Bavarian Public Radio Realises Ukrainians Are Uninterested in Vaccination, and Wary of the Vaccinators