Unmasked police busted an illegal family gathering on Dec. 31 in Gatineau, a city in western Quebec, Canada, according to Radio Canada. The shocking incident was caught on camera.

Service de police de la Ville de Gatineau (SPVG) received an anonymous complaint from a neighbor late Thursday evening. When police arrived at the home on rue le Baron, they discovered the homeowner lied about the number of occupants inside as public health orders in the metro area have placed limits on gatherings.

SPVG noticed a number of vehicles parked in the driveway of the home and loud noise coming from inside. They figured there were more than two people inside, despite the homeowner insisting otherwise.

Mariane Leduc, head of communications at SPVG, explained the situation went quickly downhill after an “aggressive man” had zero intention of cooperating with the police. 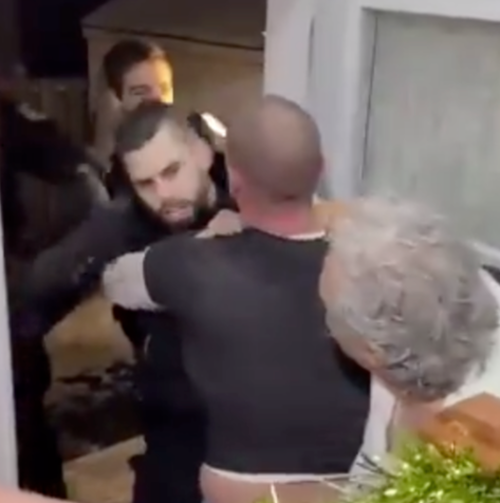 Mathieu Tessier appears to be the aggressive man in the video, which was filmed from someone inside the home. Tessier was at his sister’s house when police officers without masks yanked him from inside the house and tackled him to the ground. The family alleges police officers used excessive force.

After the incident, Mathieu and his sister were both arrested and then released later that night. Everyone in the home was slapped with $1,500 fines for ignoring public safety health orders against gatherings.

SPVG received a total of 30 complaints of illegal assembly in Gatineau on New Years’ night.

Spain Plans Registry For Those Who Refuse COVID Vaccine