After a brutal February plunged much of the US into a deep-freeze with multiple winter storms due to the split in the polar vortex (something we warned about in early January), one group of meteorologists are suggesting winter could be over for some areas as spring is ahead.

“So early spring, winter is over? There is literally no winter in those maps – we think winter cold is wrapped up overall,” said BAMWX’s Kirk Heinz.

Heinz, the chief meteorologist at the weather service firm, said, “with the remnants of the polar vortex forecast to move north of Alaska, the MJO focused in the Maritime Continent ahead and the atmospheric state quite La Niña ahead…warmth is expected to expand widespread across the central and easter US in the exact areas that have run over 10 degrees below normal on average most of February to date.”

BAMWX’s weather model titled “Week 2 Temperature Departures & Week 2 % Of Normal Precipitation” shows between Mar. 5 to Mar. 11 that temperatures across West Central, Southwest, East Central, Southeast, Mid-Atlantic, and Northeast will be well above average — drier conditions are expected for much of the country through the period. 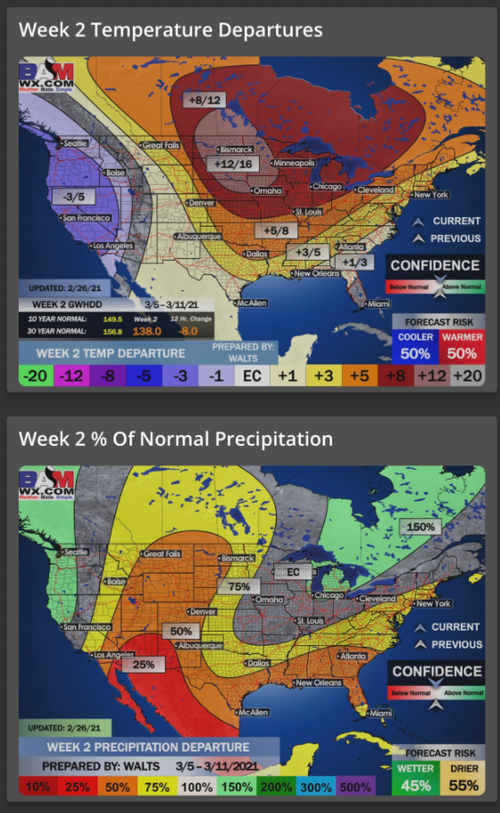 The next weather model titled “Week 3/4 Temperature Outlook & Week 3/4 Precipitation Outlook” shows between Mar.12 to Mar. 25 above-average temperatures will be seen across the country — drier conditions in the Rockies but wetter in the Southwest. 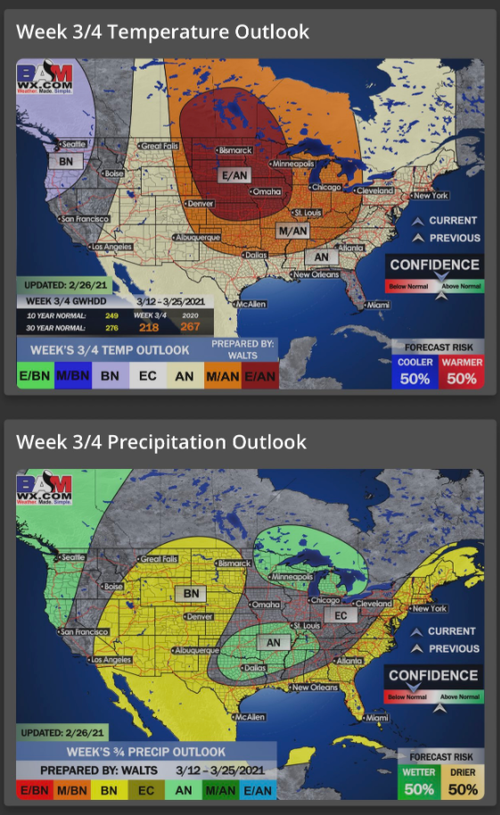 BAMWX suggests an “early start to the planting year” is possible.

We told readers last Monday to expect warmer weather between Feb. 23 to Mar. 10, though with the addition of BAMWX’s data, perhaps warmer weather for the country could persist through the entire month of March. As we are all aware, weather modeling is difficult and subjected to change.

Blowing Up The “Everything” Bubble

The Next Decade Will Likely Foil Most Financial Plans