Shares in Eastman Kodak have been volatile since last summer, when the Trump administration announced it would give the company a $765 million loan to start producing generic drug ingredients. 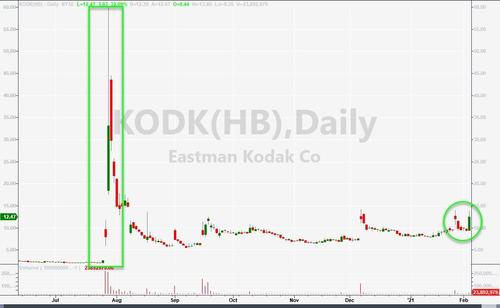 However, the craziness has returned as last week saw a massive surge (amid WSB squeezes) and subsequent collapse.

And now, following this tweet from the CEO, announcing a previously disclosed partnership…

…which really says nothing new relative to comments on December 9, 2020 that Kodak had announced the launch of Kodak Prinergy On Demand Business Solutions, stating “Kodak has collaborated with leading software providers including Microsoft, PrintVis and VPress to create one of the first and only comprehensive software solutions for all applications and printers of any size.”

But was enough to send KODK exploding higher… 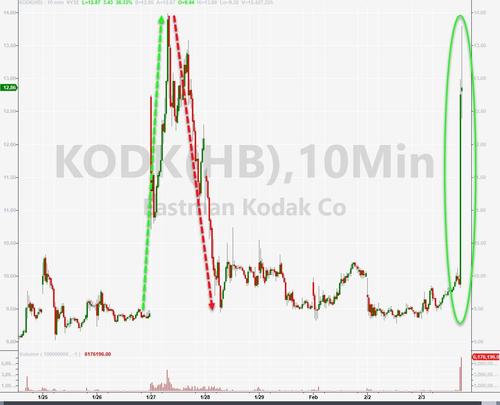 KODK has a 20% Short Interest-to-Float ratio, so not crazy GME high but still elevated. 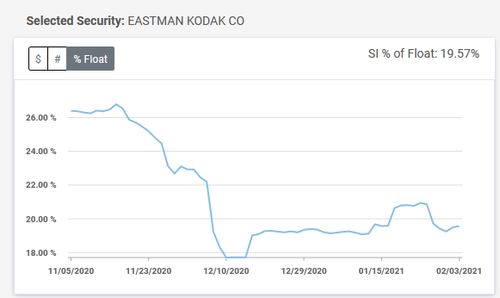 Rabobank: Why Is George Orwell’s 1984 The #2 Best-Selling Book On Amazon