Despite being crowned “the king of supply chain finance” earlier this year, Lex Greensill, the Australian melon and sugar cane farmer who rose from obscurity to earn a reputation as a financial wizard (who revamped the practice of supply chain finance and helped some of the world’s biggest banks and asset managers hawk the strategy to their clients) is back in the dog house as his empire teeters on the brink of collapse.

The drama, which has been closely chronicled in the financial press (with a ton of groundbreaking reporting by the FT), has already ensnared Credit Suisse, Softbank and its Vision Fund, Sanjeev Gupta’s GFG Alliance and asset-manager GAM, while forcing Greensill’s eponymous firm to engage in emergency talks to sell its highest-quality assets and stave off bankruptcy. 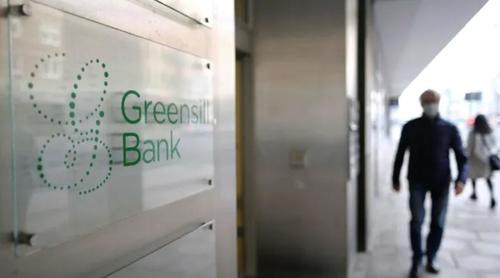 And now, as institutional clients are left holding the bag, one of Europe’s top financial regulators is trying to contain the chaos.

After seemingly shrugging off warning signs, like a story that emerged last year about SoftBank purportedly using Credit Suisse funds managed by (Vision Fund-backed) Greensill to inflate its assets, the ECB is reportedly scrambling to gauge the risk to the European financial system by surveying banks about their exposure to Greensill and GFG Alliance.

An anonymous ECB insider quoted by the FT insisted that the tire-kicking exercise didn’t reflect “heightened concern” about the stability of the European financial system. But after being blindsided by last week’s blowup, regulators across the Continent are clearly spooked.

Europe’s top banking regulator has asked the continent’s lenders for details of their exposure to stricken Greensill Capital and its key client GFG Alliance, as officials try to understand whether the crisis is contained, according to four people familiar with the matter.

Supervisors at the European Central Bank have asked banks to provide details of outstanding loans to Greensill and GFG, which operates steel mills around the world and relied heavily on Greensill for funding.

A person familiar with the matter said the move was standard and did not reflect heightened concern at the central bank. The ECB, Greensill and GFG Alliance declined to comment. BaFin has said Greensill Bank, one part of the wider London-based group, is too small to cause serious damage to the wider financial system.

In other Greensill-related news, American PE giant Apollo, which is in talks to buy Greensill’s most attractive assets, and its “insurance affiliate” Athene have agreed to merge amid reports that the talks to buy the highest-quality bits of Greensill’s trade-finance empire continued over the weekend.

Apollo and Athene have reportedly been calling up Greensill clients to offer them verbal assurances that the soon-to-be-combined firm would extend new financing once a deal with Greensill has been struck.

But while Apollo is apparently in a prime position to profit off Greensill’s misery, thousands of workers are terrified about losing their jobs. Union officials in the UK are preparing for emergency talks with Gupta amid mounting concerns about the financial viability of Liberty Steel, GFG Allliance’s main metals business. Some of Liberty’s suppliers are already demanding the firm hand over more cash up front as concerns about solvency intensify.

Greensill’s biggest innovation was to securitize invoices, making it easier for companies to borrow money to pay for goods and services, which helped to speed up the pace of settlement between suppliers and buyers, which, at least in theory, has helped crank up the pace of global industry. Devising new ways for companies to speed up the pace at which they pay their bills helped transform the brash Aussie businessman into one of the wealthiest people in Australia. 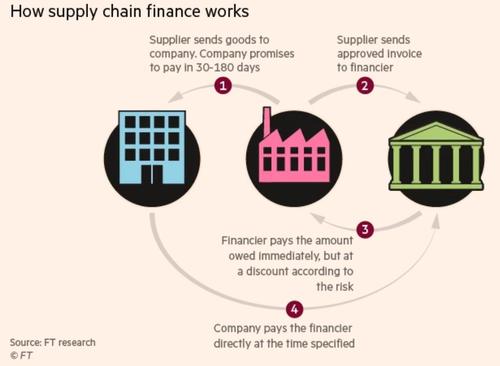 Germany’s BaFin helped kick off the panic over Greensill last week by freezing the assets of the Greensill Bank from Bremen, Greensill’s European banking unit, after a special audit by KPMG found the company was unable to provide evidence of “on-balance sheet receivables” purchased from GFG. The regulator, which was hammered with criticism over failing to root out the massive fraud at Wirecard, has also filed a criminal complaint against Greensill over suspected balance sheet manipulation.

As Apollo presses ahead with talks to absorb the highest-quality pieces of Greensill’s trade-finance empire (which, unsurprisingly, will exclude assets linked to GFG), members of Greensill’s board are resigning in droves. The Sydney Morning Herald reported earlier that Chairman Maurice Thompson has resigned, alongside MSCI Chief Operating Officer David Brierwood and Patrick Allin. This latest wave of resignations follows four other board members who have stepped down recently, including Lex Greensill’s brother.

Greensill could file for bankruptcy protection within days, while Apollo and Athene are reportedly looking to buy the company’s asset-packaging business for $100MM.

So what happens next?

Shard Capital’s Bill Blain warns that the agenda for this week is likely to figure the ongoing unravelling of the Greensill/Gupta empires. Described last week as “the first roach to get crushed”, I reckon there are a number of senior politicians very concerned how their connections to Greensill could play out. I’m equally intrigued how badly Gupta craters – especially when we work out just how much in UK Coronavirus recovery loans GFC has been able to scam.

The apparent links between the top levels of government and some of the dodgier elements of finance in the UK is beginning to cause concern. If it’s not the stories of how a UK Minister’s mate from the pub managed to make millions not supplying PPE, to a former Prime Minister shielding dubious financial marketing, there is a growing sense that something is rotten. Time for a serious purge of business links to Parliament?

After 12 Years Of Deliberations, ECHR Concludes Georgia Began Hostilities Against Russia In August 2008

Huge Payrolls Beat: US Adds 379K Jobs In February… But There’s A Catch