Egyptian President “Prepare For All Scenarios” To Refloat Megaship

Suez Canal salvage teams have allowed Ever Given’s stern and rudder to move on Saturday night, but it remains unclear when the massive containership will be refloated.

Reuters reports salvage teams were “alternating between dredging and tugging on Sunday to dislodge a massive container ship blocking the busy waterway, while two sources said efforts had been complicated by rock under the ship’s bow.”

The Suez Canal Authority (SCA) released a statement that said the vessel had shifted 27,000 cubic meters of sand around the vessel’s front hull. The ship remains wedged diagonally across a southern section of the canal, blocking one of the world’s most important shipping lanes.

A Planet SkySat captured video of the ongoing efforts to dislodge the Ever Given from the Suez Canal after it ran aground late Tuesday, blocking all traffic.

On Saturday night, tugboats were able to shift the vessel 17 meters to the north. In celebration, tugboats sounded their foghorns.

THE SHIP MOVED!! Although just 17 metres but this is good indication. The tugboats are all sounding their foghorns in jubilation. 👏👏👏#SuezBLOCKED #suezcanel #Suez #Evergreenship #Evergiven pic.twitter.com/YGuJaQv4mQ

Rabei said since the vessel ran aground on Mar. 23, over 321 ships are waiting to transit the canal. 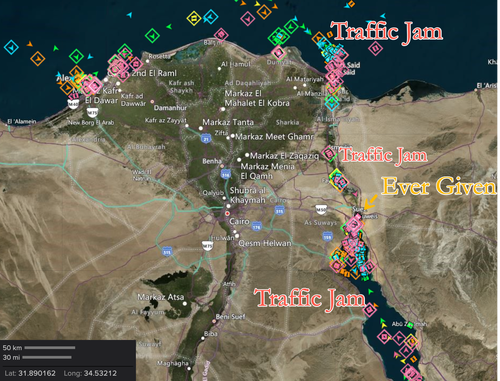 Aerial photos show the impressive buildup of ships waiting to transit the canal. 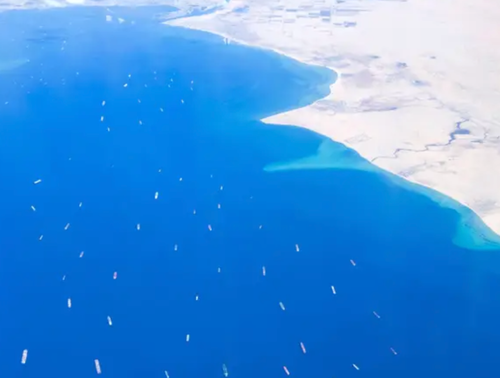 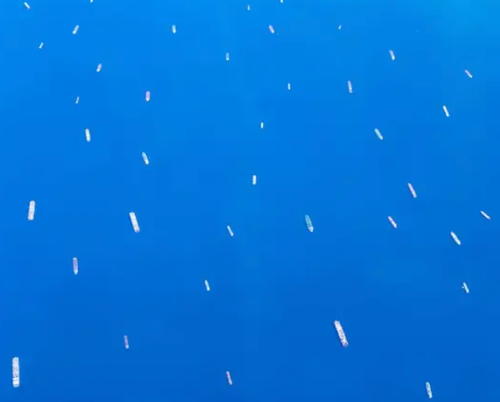 Reiterating what Rabei said Saturday, he continued to say, “sand storm and the bad weather could not be the main cause of the incident, adding that a human or technical error could be the reason, but there will be an investigation.”

Egypt Today Magazine reports Sunday that two massive tugboats arrived at the incident area to support the more than a dozen tugboats working to dislodge the container ship.

Egyptian President Abdel Fattah El Sisi told SAC to be prepared for “plan C” of offloading the containers from the stranded vessel. 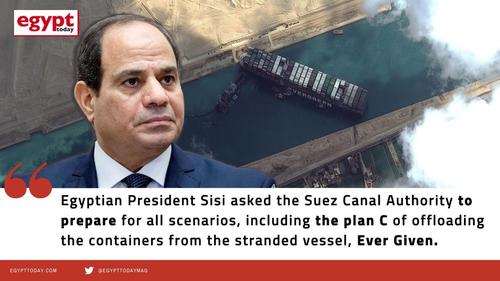 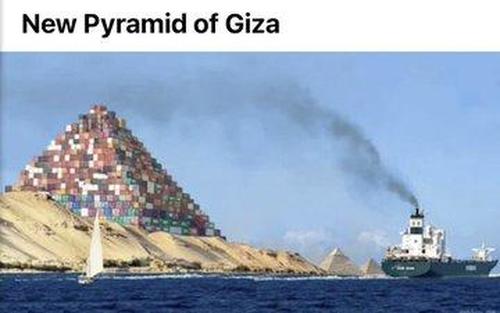 And the worst-case scenario might play out if the ongoing dredging to refloat the ship assisted with tugboats and high tide doesn’t work, that is, as explained by the chairman, the possibility of lightening the vessel’s load. He hoped the salvage team wouldn’t have to come to that because, as JPMorgan’s Marko Kolanovic told clients Friday, unloading the ship could result in a “ship breaking.”

As Kolanovic puts it, “another interesting development of this week was the blocking of the Suez Canal. While we believe and hope the situation will get resolved shortly, there are some risks of the ship breaking.”

While there have been positive signs with the vessel slightly moving this weekend, refloating attempts have yet to work. SCA sources told Reuters that rock structures had been found at the ship’s bow, complicating salvage efforts.

As the blockage nears one week, shippers have rerouted vessels around the Cape of Good Hope, adding more than ten extra days to their journeys and extra fuel and labor costs.

Rabobank: Does This Portend The End Of Neoliberal Idiocy