Civil rights groups in California’s San Francisco Bay Area are demanding action following a recent surge in attacks on Asian Americans which have left one person dead and many others badly injured. 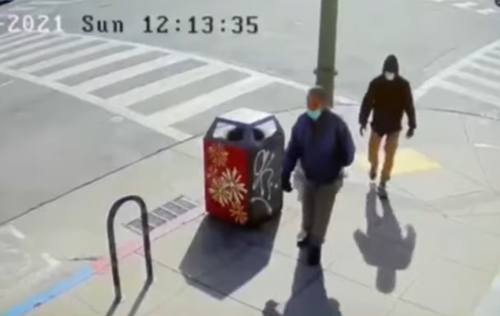 The attacks, reminiscent of the ‘knockout game,’ typically happen during daytime – including one against a 91-year-old Asian man in Oakland’s Chinatown who was hospitalized with serious injuries after being shoved to the ground by an African American man who walked up behind him. Last week, a 64-year-old grandmother was assaulted and robbed of cash she had withdrawn ahead of the Lunar New Year. And in January, a 52-year-old Asian American woman was shot in the head with a flare gun, also in Chinatown. Weeks later, 84-year-old Vicha Ratanapakdee was tackled to the ground by an assailant running at full speed through his San Francisco neighborhood, killing him, according to NPR. A 19-year-old man was arrested and charged with murder and elder abuse.

A special response unit has been created in Oakland’s Chinatown after a string of violent attacks targeting Asian-Americans.

Some of the assaults were caught on video, including a 91-year-old man being shoved to the ground.@Weijia asked @PressSec @jrpsaki about the attacks. pic.twitter.com/CT29gsfNSo

A 28-year-old man, Yaha Muslim, charged with assault in the case of the 91-year-old man and two other elderly victims. Muslim, who was in custody on other charges, has two prior felony assault convictions, according to the Alameda County Sheriff and DA’s offices. 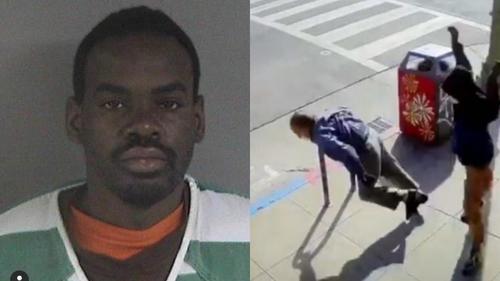 “These attacks taking place in the Bay Area are part of a larger trend of anti-Asian American/Pacific Islander hate brought on in many ways by COVID-19, as well as some of the xenophobic policies and racist rhetoric that were pushed forward by the prior administration,” said Manju Kulkarni, executive director of the Asian Pacific Policy and Planning Council, a coalition of California community-based groups which apparently thinks black thugs have been taking direction from former President Trump (who received just 12% of the black vote).

And while the much of the NPR report suggests that Trump’s rhetoric against China is responsible for the recent attacks, Black-on-Asian violence isn’t a new thing, and has been documented in the Bay area for more than a decade.

Over two-dozen recent Bay Area assaults and robberies reportedly mirror a “national rise in hate crimes against older Asian Americans,” according to the report, which notes that there have been nearly 3,000 incidents of anti-Asian hate across 47 states and DC, according to Kulkarni’s group.

“And roughly 7 to 8% of those, unfortunately, come from elders in our community who have experienced incidents, not unlike the ones that have taken place in recent days,” Kulkarni added.

The spate of attacks have prompted many Chinatown businesses to reduce hours during an already-dire situation thanks to the pandemic, during what is normally a bustling period due to the Lunar New Year.

“The fear is not only for the patrons but also employees,” said Carl Chan, head of Oakland’s Chinatown Chamber of Commerce. “They [businesses] are so fearful they prefer to close early. We also have many juveniles driving around Chinatown and carrying guns, so they’re also hurting people before they’re being robbed.”

According to Chan, some Asians are taking matters into their own hands – with over half-a-dozen ad-hoc volunteer groups springing up in recent weeks to protect businesses and older residents when they shop.

“Some of them are young people, they want to walk Chinatown,” said Chan. “And then also helping seniors pick up the groceries and then walk them home.”

Meanwhile, over 200 people across the Oakland area have volunteered as “community strollers” in Chinatown beginning next week.

And in a tone-deaf measure aimed at ‘helping’ the situation, somehow, the Oakland Anti-Police Terror Project has been asking people to “wear yellow” clothing to show support of the Asian community.

In the wake of the attacks several Oakland city council members including Council President Nikki Fortunato Bas, whose district includes Chinatown, have joined social justice groups warning against scapegoating and calling for solidarity between Asian American and African American communities. The Oakland Anti Police-Terror Project has asked people “to wear yellow to show you’re in support of Chinatown seniors and businesses.”

The Bay Area attacks and increased harassment nationwide have rallied support from those in arts, too. Actor and director Daniel Wu, who also is an East Bay native, led an effort to help stop what he described recently as an epidemic of hate-fueled language. –NPR

Oakland Police say they’ve added foot and car patrols, as well as set up a mobile command post in Chinatown – which the community has welcomed.

POLL: Most say a fair history would view Trump as a top 10 president