Multiple sources reported on Friday that Musk’s SpaceX intends on drilling wells close to the company’s Boca Chica launchpad, according to the Dallas News. The information came out Friday during a hearing before the Railroad Commission of Texas, the state’s energy regulator. SpaceX says it plans to use methane from the ground “in connection with their rocket facility operations.”

But SpaceX isn’t drilling just yet – in fact, it is being held up by a legal dispute with another energy company. SpaceX’s subsidiary, Lone Star Mineral Development, “bought the 806-acre La Pita oil lease from Houston-based Sanchez Energy, which was later renamed Mesquite Energy Inc. after exiting bankruptcy.” The company’s plans have been called into question by Dallas Petroleum Group, which is claiming ownership of some of the wells on the land. The dispute resulted in Friday’s hearing, where’s SpaceX’s intentions were revealed. 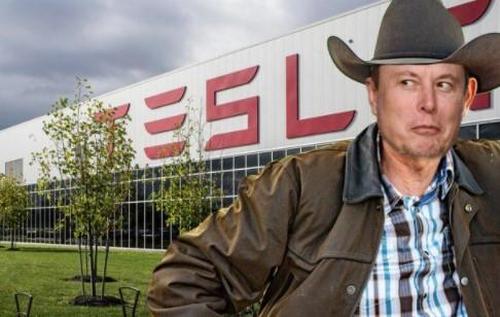 “There are almost a nearby dozen wells classified as either abandoned or dry holes, Railroad Commission Records show,” the report says.

SpaceX didn’t answer any questions on Friday when reached for comments and questions about what, exactly, they would be using the natural gas for. SpaceX does plan “to utilize super-chilled liquid methane and liquid oxygen as fuel for its Raptor engines,” the Dallas News noted. Tesla also has a new Gigafactory being built near Austin.

In what we’re sure was Musk trying to get ahead of this ugly headline, he Tweeted out on Thursday that he planned on donating $100 million toward finding the best new carbon capture technology. We’re sure the timing of this Tweet – and the news that would follow less than 24 hours later – is just a coincidence.

Am donating $100M towards a prize for best carbon capture technology

And so, we have come full circle. If you’re a U.S. politician and/or regulator who encouraged Musk over the last decade – or pushed for him to get any kind of “green energy” subsidy – you should feel immensely stupid. But, we’re sure you won’t. We’re certain you’ll instead act like this isn’t happening and isn’t a stark punch in the gut to anyone who has supported Musk’s boondoggles over the last decade under the guise of helping the environment.

Keep the Masses Living in Fear