There was speculation on Sunday that Texas power retailer Griddy Energy LLC was planning to file bankruptcy, sources told WSJ. Sure enough, on Monday afternoon, Griddy announced that it filed a voluntary petition for relief under Chapter 11 of the U.S. Bankruptcy Code in Texas’s Southern District.

Griddy sought bankruptcy protection after its customers (all of which were on variable-rate electricity plans) faced hefty electric bills during the deep freeze that swept the state last month. Some of those customers have been unable to pay thousands of dollars in bills. 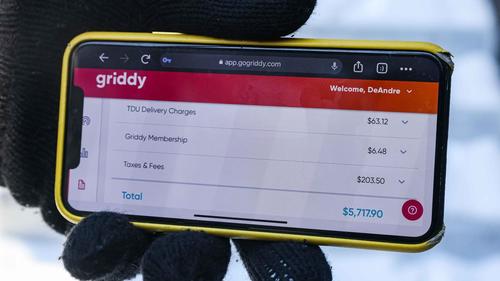 “Prior to Winter Storm Uri, Griddy was a thriving business with more than 29,000 customers who saved more than $17 million since 2017. The actions of ERCOT destroyed our business and caused financial harm to our customers,” said Griddy Chief Executive Officer Michael Fallquist.

Fallquist continued: “Our bankruptcy plan, if confirmed, provides relief for our former customers who were unable to pay their electricity bills resulting from the unprecedented prices. ERCOT made a bad situation worse for our customers by continuing to set prices at $9,000 per megawatt hour long after firm load shed instructions had stopped. Our customers paid 300 times more than the normal price for electricity during this period.”

Griddy did not profit from the jump in power prices as it only charges $9.99 per customer for access to wholesale electricity prices. The unprecedented market events last month of $9,000 per megawatt-hour resulted in some customers receiving bills upwards of $17,000.

Potomac Economics, the Independent Market Monitor, wrote a letter to the Public Utility Commission of Texas that ERCOT’s grid failures resulted in $16 billion in additional costs.

“We built Griddy to improve an antiquated industry by giving our customers access to wholesale pricing, real-time data and the ability to help balance the grid while lowering their own bills. Our model worked in August 2019 and would have worked in February 2021, had the grid not failed and the regulators not intervened,” said Co-founder Gregory Craig.

Craig continued: “No retail energy provider or consumer should have to forecast and protect against such extreme and unforeseeable circumstances. We firmly believe in our model but, in order for it to be successful, the grid has to function properly, and prices have to be set by market forces. The actions of ERCOT caused our customers to suffer unnecessarily and caused irreparable harm to our business.”

Other power players on ERCOT’s grid have also filed for bankruptcy, including Brazos Electric Power Cooperative, the largest generation and transmission co-op in the Lone Star State.

On Friday, ERCOT still had $3.1 billion in shortfalls from energy retailers who stilled owed money. ERCOT has been in talks with Goldman Sachs investment bankers about opening a potential credit facility to bailout energy players on the grid.

Covid or No Covid