While Bitcoin has been grabbing headlines at higher and higher record highs, Ethereum has been quietly playing catch up and overnight rallied back above $1400, topping the record highs from January 2018.. 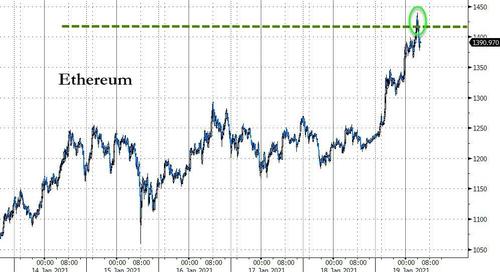 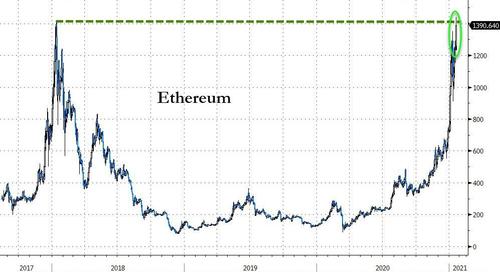 In fact, as Cointelegraph reported, the Ethereum network now settles around 28% more transactions daily than Bitcoin (BTC), but remains plagued by high fees as a result of increased usage. 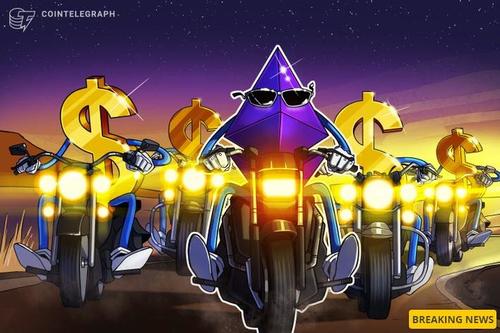 In a dedicated analysis released this week, popularinvestment strategist Lyn Alden compared Ethereum as a concept to Concorde, arguing that it may yet fail to reach the mainstream in a similar way to the supersonic airliner.

“Maybe Ethereum will iterate until it finds a sustainable place for itself,” she wrote.

“On the other hand, Ethereum could end up being weighed down by its own complexity and lack of broad economic use, like the Concorde.”

Once again the ETH/BTC ratio appeared to find support at around 0.025x as ETH ralied back relative to BTC since 2021 began… 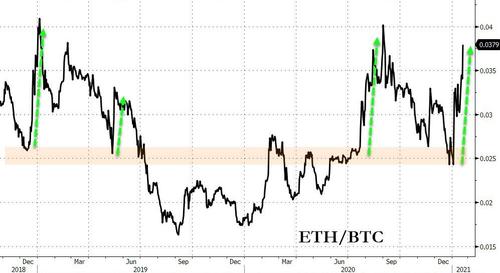 Overall, the altcoin benefited from interest in decentralized finance (DeFi) trading built around the Ethereum network, within the context of a broader altcoin resurgence which began taking shape earlier in January.

The Coming Revolt Of The Middle Class