Authored by Ekin Genç via Decrypt.co,

A report from crypto investment fund Grayscale on Thursday predicted that a proposed upgrade to the Ethereum blockchain, if implemented, would create “a positive feedback loop for Ether’s price”. Decrypt spoke to analysts to understand why. 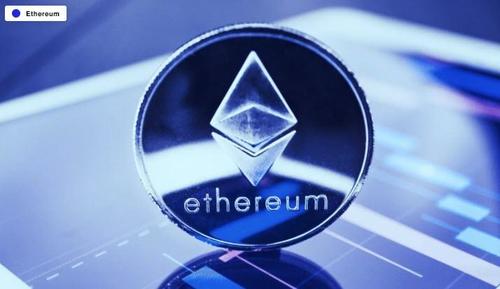 Per the upgrade, Ethereum Improvement Proposal (EIP) 1559, the Ethereum blockchain would use Ethereum transaction fees to buy ETH on the open market and then destroy it, reducing ETH’s overall supply.

“It’s like a company that earns a profit and buys back shares,” Tim Ogilvie, CEO of Staked, an Ethereum infrastructure services company, told Decrypt.

Burning billions of dollars in ETH could pump up the price of ETH, he said.

“The net effect is that the remaining shares increase in value because the supply is smaller.”

He estimates that at ETH’s current market cap, close to $200bn, the network would burn 1-4% of the supply each year. “If you like BTC’s hard cap at 21 million tokens, you’ll love ETHs declining supply.”

The hope is that introducing a set fee would stop miners from manipulating transaction fees that extract large amounts of money from users, making fees less volatile. That would be a godsend for users that this week had to pay, on average, fees of over $20 per transaction.

The Ethereum network would use the money raised from the BASEFEE to buy, and then burn, ETH.

It will allow smart contracts to estimate congestion (by comparing historical basefee behavior) and programmatically adjust parameters such as dispute periods in optimistic rollupshttps://t.co/fLBUmUQKeY

Ogilvie doesn’t expect that the proposal will immediately solve the problem of high transaction fees.

But he said it would make it easier for financial analysts to value ETH, who could be sure that the amount of money paid in fees isn’t manipulated or prone to volatility—encouraging investors into the network.

“I think this is one of the most important proposals for the long-term health of Ethereum, on par with the move to proof-of-stake,” he told Decrypt.

Why hasn’t EIP-1559 been implemented?

If the potential for EIP-1559 is self-evident, why hasn’t it been adopted yet?

One reason: it’s not ready yet. “There’s still one outstanding [cyber security] risk issue with EIP-1559 that needs to be addressed,” Wall told Decrypt. “After that is fixed and it gains approval, it needs to get included in the next Ethereum hard fork, which would be sometime later this year—summer, perhaps.”

I think it should be “ready to be considered for mainnet” in the next few weeks. See this checklist for what’s left to do: https://t.co/l2kEfwgNZs

We want to get the “Client Level Open Issues” done before we present it on AllCoreDevs.

“Miners are naturally resistant as this will transfer a portion of fee revenue from miners to holders of ETH,” he said—burning Ethereum could increase its price; that would be good for HODLers but it would do nothing for miners.

Still, many are excited about the forthcoming EIP-1559 implementation. “And that excitement alone increases the price,” said Wall.