The European Commission may offer a six-month tariff suspension to US President Joe Biden during an upcoming phone call with Commission President Ursula von der Leyen, according to Bloomberg, citing ‘people with knowledge of her preparation.’

The call is expected to occur in the coming days. 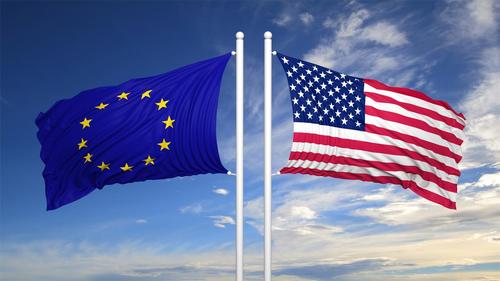 The goodwill gesture would sek a freeze on levies related to aircraft and metal disputes affecting $18 billion worth of European and US products, which would allow both sides to negotiate a longer-term agreement.

The conversation between the two, the first since Biden’s inauguration last month, will come at a pivotal moment in transatlantic relations. The EU is keen to put an end to the long-running spats — the aircraft dispute has lasted 17 years – – while also resetting relations with the U.S., which hit a low point during Donald Trump’s term when he said the bloc was a “foe” of Washington. -Bloomberg

“It’s very important that we put those bilateral trade irritants behind us and really concentrate on the broader international trade agenda,” said EU Trade Commissioner Valdis Dombrovskis during a Feb 1. online event organized by the German Marshall Fund.

Any easing of the tariffs would build on other signs of agreements between the allies. Europeans are optimistic that a long-running dispute over how to tax global tech companies could be reached, and a deadlock over who would become the next head of the WTO appeared to be close to a resolution. -Bloomberg

Meanwhile, the World Trade Organization has authorized the EU and US to hit each other with $11.5 billion of tariffs over illegal aid provided to Boeing and Airbus – which affect everything from aircraft parts to an “array of unrelated sectors such as wine, spirits, olives, tractors and video games,” according to the report.

Attempts to reach a settlement stalled last year after the Trump administration boosted the punitive tariffs on Dec. 30 – a move which followed a 2018 duty on steel to the tune of 25%, and a 10% levy on aluminum products on the basis of national security concerns. The EU disputed the tariffs – which were based on a Cold War-era law and affected around $3.4 billion of US goods.

If no agreement is made by June, the EU will have the option of imposing an additional $3.6 billion euros (US$4.3 billion) of American goods.

Why Has Trump Not Been Charged With Criminal Incitement?

Monetary Inflation: The Next Step…