As more than half a dozen European nations halt distribution of AstraZeneca-COVID jabs over concerns about potentially serious blood clots, Europe’s top medical regulator in Brussels has just given Johnson & Johnson’s COVID jab the green light.

The JNJ jab, which is set to become the first single-shot jab to be approved on the Continent, received the green light from the Amsterdam-based European Medicines Agency – Brussels’ top medicinal regulator and Europe’s counterpart to the FDA – on Thursday. It’s expected that the European Commission – which has final say on approval – will concur and deliver its blessing later on Thursday.

Members of the panel that reviewed the jab said they would recommed the vaccine be approved to treat all adults over the age of 18 following what the organization described as a “thorough evaluation.” Unsurprisingly, J&J’s data found the vaccine satisfied the criteria for efficacy, safety and quality.

“With this latest positive opinion, authorities across the European Union will have another option to combat the pandemic and protect the lives and health of their citizens,” said Emer Cooke, EMA’s executive director.

In a statement, the EMA said JNJ’s jab is 67% effective at preventing symptoms, which is in line with figures touted by the company and the US (like its rivals, JNJ tested its jab with expedited multi-phase double-blind trials). 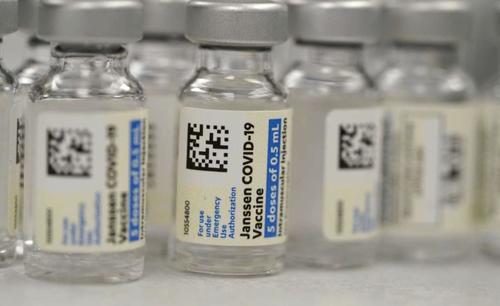 To be sure, it’s not clear how quickly the EU will be able to roll out the JNJ vaccine. The EU has already ordered 200MM doses of the shot (pending approval) with an option for 200MM more. But even as rival Merck ramps up production of the JNJ jab, Europeans might be in for a wait after President Joe Biden and his administration ordered another 100MM doses for the US yesterday.

Furthermore, Reuters reported that JNJ has informed European officials that it’s facing supply issues that could slow down deliveries.

One unnamed EU official told Reuters that Johnson & Johnson has told the EU it is facing supply issues that may complicate plans to deliver 55 million doses of its vaccine to the bloc in the second quarter of the year. CNBC has contacted J&J for further comment on the report and is yet to receive a response.

A further delay in vaccine supplies would exacerbate the EU’s already lethargic vaccination rollout, which has struggled due to a slower ordering process than the U.K. and U.S., slower deliveries, bureaucracy and vaccine hesitancy.

The FDA officially approved the JNJ vaccine for use last week, and according to data from the CDC, nearly 500K doses have been administered in the US so far.

But as Europeans remain wary of potentially harmful side effects, it could take weeks for the new jabs to circulate and help boost the Continent’s vaccination rate.

US Troops In Iraq Targeted By Increasingly Sophisticated Combat Drones