Authored by Nick Corbishley via WolfStreet.com,

Eurostar, the company that operates the cross-Channel train service that connects the UK with France, Belgium and the Netherlands, is on the brink of collapse, the company’s management warned this week. With passenger numbers down 95% in the final quarter of 2020 and revenues down over 80% over the course of 2020, it is now “on a drip” and in desperate need of extra cash, says Christophe Fanichet, a senior executive of France’s state SNCF railways, which is the majority shareholder of Eurostar.

“I’m very worried about Eurostar. The company is in a critical state, I’d even say very critical,” he said. 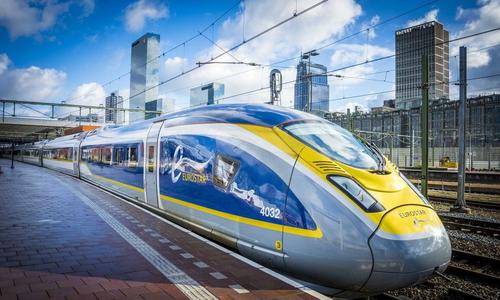 In 2019, Eurostar shuttled 11 million passengers — including many businessmen and women — from London St Pancras to Paris, Brussels, and Amsterdam. While generally more expensive than budget air fares, it is quicker, more comfortable, and drops off passengers in the center of their chosen city of destination.

But like the airlines, its whole business model has been upended by the virus crisis. At present, the company is operating only two services a day, a far cry from the two trains an hour it used to operate during peak times before the pandemic. And most of those trains are less than a quarter full. More than 90% of its workers have been furloughed.

It’s a similar story across Europe’s railway sector. Passenger numbers have plunged between 70%-90% as lockdowns, social-distancing rules, and concerns about the risks of using public transport have taken their toll. The industry is estimated to have racked up losses of €22 billion in 2020, according to CER, a Brussels-based commerce group representing passenger and freight prepare operators. That’s similar to the total losses accrued so far by Europe’s airlines. Thousands of workers are on government-subsidized furloughs.

“There is no comparison for it, and it can and will lead to the bankruptcy of a number of companies, unless there is the political will to prevent it”.

Just as happened last Spring, travel restrictions are tightening across Europe and borders are closing as countries try to counter the spread of new strains of the Covid-19 virus. France announced on Thursday that visitors from the UK, which is no longer part of the EU, will need to observe a seven-day quarantine and undertake a PCR test on their arrival. The UK already has a quarantine system in place for travelers from the EU.

These latest travel restrictions have compounded Eurostar’s woes. It could run out of money by April, according to industry sources. To stave off that fate, the company is asking for government support of the kind already doled out to many airlines. Eurostar has already tapped shareholders for €200 million and is apparently loath to do so again, particularly given the recent tightening of travel restrictions. So it is looking further afield for help.

“We have to see how we manage to help this company in the way that airlines have been helped,” said Jean-Pierre Farandou, the CEO of SNCF, which owns 55% of Eurostar. “It would not be unusual for Eurostar to receive aid to get through this bad patch.”

The company is requesting assistance from both the French and the UK governments. But there are a couple of problems:

The UK government already sold its 40% stake in the business in 2015, at a loss of £757 million (€850 million), to Caisse de Depot et Placement du Quebec (CDPQ), Canada’s second largest pension fund, a Crown Corporation, owned by the government, and the UK’s Hermes Infrastructure. Of the remaining 60% of Eurostar’s shares, 55% are owned by SNCF, which is wholly owned by the French State and has itself received emergency assistance from the government. The other 5% belongs to the Belgian State.

Eurostar is also a hot potato issue in France, where it is widely regarded as delivering far more benefit to the UK economy and tourism.

Unsurprisingly, the suggestion that London should help rescue a company it sold five years ago has raised hackles on the British side of the tunnel. The Financial Times said on Tuesday that while the UK government has already shelled out billions supporting UK rail concessions, “it would be eccentric for British taxpayers to bolster the equity that French counterparts hold in Eurostar via France’s national railway company.”

The Daily Telegraph put it even more bluntly: “The Channel Tunnel is not going anywhere. It is the operating company that runs the train services between Paris and London that is in trouble, a point worth remembering as the Government is pressured to spearhead a bailout. If it goes bust, another operator will step in.”

There are some important caveats to this argument, as even The Telegraph itself concedes:

The UK might still offer to contribute to a bailout. One possible support measure would be reduce the amount it pays out in track charges. Another option under consideration would be for the Bank of England to provide funds from its Covid loan facility. Non-UK firms qualify as long as they’re deemed to provide “a material contribution to the UK economy.” As such, Eurostar would make the grade. But it should only be on the proviso that Eurostar’s actual shareholders — the government of France with its 55% stake, the governments of Belgium and Quebec, and the UK fund — dig much deeper into their own pockets.

A Critique of Discordianism: Bad News, But Things to be Learned & Used

The Rise Of Bitcoin