Former employees of Robinhood have detailed a pattern of inadequate customer support, including unqualified customer service agents offering financial advice, licensed brokers “too busy” to help on urgent matters, and unanswered pleas from customers, according to CBS News.

The stock trading app company – a major player in last month’s short-squeeze insanity – is now the subject of a Monday lawsuit brought by the family of 20-year-old college student Alex Kearns, who committed suicide last June after mistakenly thinking he was on the hook for hundreds of thousands of dollars in stock market losses over options held in his Robinhood account. 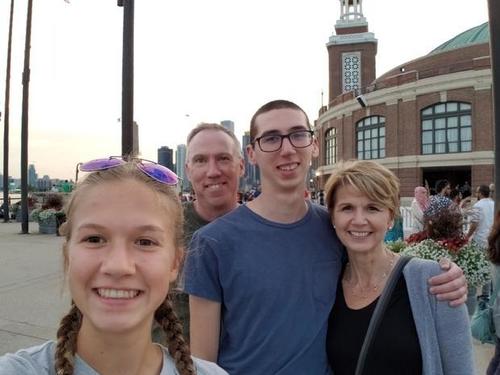 The ex-employee accounts are included in the suit which claims wrongful death, negligent infliction of emotional distress and unfair business practices. Kearns’ parents told CBS News they believe their son would still be alive if Robinhood had answered any of his three urgent customer support inquiries before he killed himself.

According to documents obtained by CBS News through a Freedom of Information Act request, other customers have also taken issue with Robinhood’s customer service, with many raising concerns about the company’s response time. In 2020, the Federal Trade Commission received more than 650 complaints from customers about Robinhood Financial LLC and its subsidiaries, more than twice as many as its competitors Etrade, Schwab, Fidelity and TD Ameritrade. A common theme among the complaints filed against Robinhood: getting “no response” from the company. -CBS News

“I am unable to withdraw my money or invest in stock from my account,” wrote one user, who noted that Robinhood hadn’t responded to his last email in over a week. “In need of money in these difficult times as i lost my job yesterday.”

Another disgruntled user was upset at the company’s automated responses, writing “I do not have a clue what is happening to my claim or if it’s even open anymore,” adding “They have no way to contact by phone so i can’t even communicate with anyone.”

Robinhood used to have a telephone hotline for customers, however according to one former call center employee, Katy LaPlante (who worked as an independent contractor for Robinhood in 2016 and 2017), customers with serious financial issues were not receiving the help the needed.

The people who called the hotline were losing money, she said, but she was unable to help. “But when we’re talking about, like, ‘Why couldn’t I sell my stock?'” she said, “What service could I give you? I couldn’t give you a service. I had to basically put you off.”

Five other former customer service workers — including one who left the company last fall — all told CBS News Robinhood’s brokers were rarely available to help users who needed financial advice.

LaPlante said she pushed to get people the help they needed. “If it was really egregious, I would pitch a huge fit. And I mean, a fit. Like, put down my phone, put you on hold, start really getting aggressive with my supervisors But how many times in a day can you do that?” -CBS News

The company eventually got rid of the customer support phone line because they could not keep up with the volume of calls.

“I feel sick,” said LaPlante following the news of Kearns’ death. “because [customer service] was an issue then. It’s an issue now. Why didn’t you fix it?”

Dan and Dorothy Kearns say Robinhood never should have allowed such an inexperienced person access to the types of trading he was engaged in.

“I’m angry that they can put a number like that in front of someone, whether it’s a 20-year-old kid or a 60-year-old experienced trader,” said Dorothy Kearns.

“I think he was in just pure terror about his situation,” added Dan.

Before his death, Alex wrote to the company three times seeking clarification. “I was incorrectly assigned more money than I should have,” he wrote, explaining that he’d structured his options trade in a way that should have protected him from losing this much money. “Could someone please look into this?”

The company sent Alex an automated reply that assigned a case number and told him the company’s response time may be delayed.

“Alex had written them asking for help,” said Dan Kearns. “And unfortunately, that’s the only way that Robinhood communicates, is through email. And their response was a canned reply, basically, ‘We’ll get back to you later.'” -CBS News

After Alex’s suicide, Robinhood sent him an automated email suggesting that he didn’t owe any money at all.

According to attorneys for the family, had anyone at Robinhood “bothered to respond,” Alex Kearns “would have been alive and well today.”