Lacy Hunt at Hoisington Management has some interesting thoughts regarding the inflation debate. 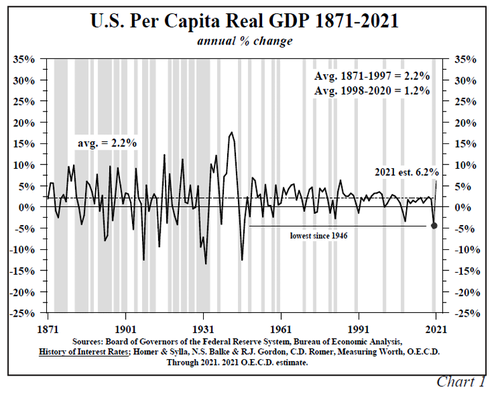 In its Quarterly Review and Outlook for the First Quarter of 2021 Lacy Hunt makes a case for decelerating inflation.

Contrary to the conventional wisdom, disinflation is more likely than accelerating inflation. Since prices deflated in the second quarter of 2020, the annual inflation rate will move transitorily higher. Once these base effects are exhausted, cyclical, structural, and monetary considerations suggest that the inflation rate will moderate lower by year end and will undershoot the Fed Reserve’s target of 2%. The inflationary psychosis that has gripped the bond market will fade away in the face of such persistent disinflation.

Five considerations suggest that such growth is not likely to lead to sustaining inflation.

Lacy said 5. I added a 6th bullet point from his discussion, then added 2 more points of my own. 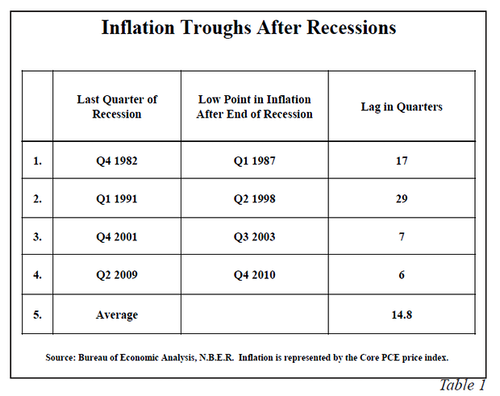 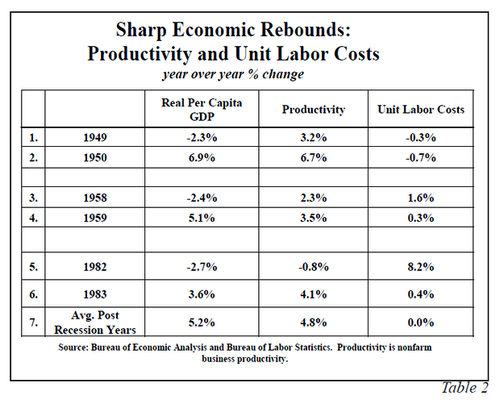 Lacy is talking about “inflation” as measured by the BLS.

I am in 100% agreement with every point.

Thus I expect bond yields to soon peak if they have not done so already.

The above viewpoint is not incompatible with my March 12 post Inflation is Poised to Soar, 3% by June is “Almost Certain”

Year-over-year comparisons produce very large numbers, up and down, heading in and out of recessions.

I commented “It’s not that inflation will be rampant.  Rather, it’s the impact of year-over-year comparisons, goosed by a huge Covid-related dip in energy prices in April and May of 2020.”

The rationale is the same. And as noted Gas Prices Are Soaring, I Pay $3.28, How Much Do You Pay?

Hello Fed, Inflation is Rampant and Obvious, Why Can’t You See It?

On March 30, I commented Hello Fed, Inflation is Rampant and Obvious, Why Can’t You See It?

I stand by that measure of inflation and it’s out of control.

The Fed blew another set of bubbles and did so on purpose.

Lacy came up with six excellent reasons to expect lower inflation. To those we can easily add two more.

The expansion of bubbles is highly inflationary and popping is the reverse.

Bubbles inevitably pop and the result, by definition, is not inflationary.

Tax hikes are hugely disinflationary. Look at where we are headed.

Not all of those tax hikes will pass but some of them will.

Progressives want huge tax hikes, via reconciliation, some of them will get through.

These tax hikes are very recessionary and disinflationary.

Finally, please note It’s Been One Heck of a Recovery in Low-Paying Zoomer Jobs

That’s not a big inducement to higher inflation either.

Add it all up and you have 8 reasons to expect inflation will soon peak.

Are We Staring At A Coming Systemic Breakdown & The End Of Capitalism?