As Apple continues to lobby against the Uygher Forced Labor Prevention Act, a bill intended to punish Chinese companies that utilize forced labor from the persecuted Muslim minority group, the Washington Post has just rolled out a lengthy investigation, conducted in partnership with a human-rights group, exposing Apple suppliers’ links to forced labor.

Breaking news that threatens to revive the outrage over the fraught ethical status of Apple’s supply chain. 10 years ago, when stories about Foxconn’s labor abuses first emerged, coverage seemed to focus on macabre stories of long shifts, low pay and suicide nets strung up around manufacturing facilities to stop workers from leaping to their deaths. 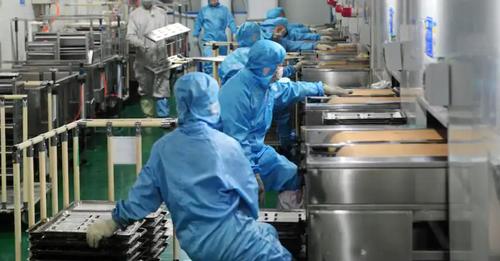 Over the past ten years, as China’s currency has appreciated and its economy has continued the (state-orchestrated) transition toward a more “developed” services-based economy, wage-growth has accelerated and stories about labor abuses in the “People’s Republic” have tapered off.

As cheap labor disappeared, China’s manufacturers have, according to WaPo, turned to forced labor in the form of Uyghers and, presumably, others entangled in China’s penal system.

The CCP has reportedly placed more than 1MM Muslims in concentration camps or forced them to work in factories that produce everything from cotton to electronics.

Apple’s products are produced by an extremely complex array of more than 1K suppliers around the world, many of which interact with Apple through middlemen. The consumer tech behemoth has gone to extreme lengths to try and whitewash labor abuses. It publishes the results of an annual supply chain audit (the latest edition can be read here).

But even as Apple has continued to deny any knowledge of labor abuses among its biggest suppliers, documents procured by human rights group “the Tech Transparency Project” and shared with the Washington Post offer evidence to the contrary. The documents reportedly detail how thousands of prisoners from the far-western Xinjiang Province were dispatched to work as forced laborers in factories run by Lens Technology, one of Apple’s most critical and longest-serving suppliers. The company makes touch-panel glass critical to the iPhone’s functionality.

Lens was one of five Apple suppliers fingered for alleged use of forced labor by the TTP. Lens also has business ties with Amazon and Tesla.

The documents, discovered by the Tech Transparency Project and shared exclusively with The Washington Post, detail how thousands of Uighur workers from the predominantly Muslim region of Xinjiang were sent to work for Lens Technology. Lens also supplies Amazon and Tesla, according to its annual report.

Lens Technology is one of at least five companies connected to Apple’s supply chain that have now been linked to alleged forced labor from the Xinjiang region, according to human rights groups. Lens Technology stands out from other Apple component suppliers because of its high-profile founder and long, well-documented history going back to the early days of the iPhone.

“Our research shows that Apple’s use of forced labor in its supply chain goes far beyond what the company has acknowledged,” said Katie Paul, director of the Tech Transparency Project.

Apple spokesman Josh Rosenstock said the company has confirmed that Lens Technology has not received any labor transfers of Uighur workers from Xinjiang. He said Apple earlier this year ensured that none of its other suppliers are using Uighur labor transferred from Xinjiang.

“Apple has zero tolerance for forced labor,” Rosenstock said. “Looking for the presence of forced labor is part of every supplier assessment we conduct, including surprise audits. These protections apply across the supply chain, regardless of a person’s job or location. Any violation of our policies has immediate consequences, including possible business termination. As always, our focus is on making sure everyone is treated with dignity and respect, and we will continue doing all we can to protect workers in our supply chain.”

Approached for comment by WaPo, the Foreign Ministry in Beijing insisted that forced labor is “non-existent” in China.

In response to faxed questions from The Post, the Foreign Ministry in Beijing called forced labor in China “nonexistent” and accused people with “ulterior motives“ of fabricating it. It said a number of companies had hired auditors to conduct investigations, which “confirmed the nonexistence of ‘forced labor.’“ It did not name the companies.

Interestingly, the TTP was apparently tipped off to the forced labor at Lens by an article in the state press, which quoted one of the workers talking about how they aimed to make more money to help their family rise out of poverty.

In February, Uighur workers from Xinjiang destined for a Lens Technology factory were among the first passengers to fly on a chartered flight within China after the pandemic shut down civil aviation, according to an article highlighted in the Tech Transparency Project’s report. The China Southern Arlines flight from Hotan to Hunan was covered by a Chinese news agency focused on the airline industry.

“Although they are young, most of them have two years of experience,” the article says. “In the new year, I still want to continue to work hard, learn more skills, earn more money, so that my family can live a good life out of poverty and let parents rest assured,” one of the workers is quoted as saying in the article. Human rights workers say news articles like these are the result of coordinated government propaganda.

Lens founder Zhou Qunfei won plaudits in the Western Press after she rose to prominence in 2015, when the company she founded from the ground up went public. Born into poverty in a small village, Qunfei eventually rose to become one of the world’s only truly self-made billionaires (sorry, Kylie).

According to the report, the government-orchestrated forced labor transfers to Lens have been going on for at least 2 years, accelerating during 2017, as the CCP ramped up its crackdown on the Uyghers. Going into more detail about the nature of the bondage, the report claims that the CCP typically gives workers two choices: either work in a factory, or languish in a detention camp. In the US, we call that an “offer you can’t refuse.”

What’s even more shocking is that Beijing isn’t even trying to hide this activity. Instead, state media has published a flood of propaganda videos seeking to portray the indentured servants as upwardly mobile social climbers.

Judging by the length and detail of the WaPo report, we suspect this might be the first in a series as the Bezos-owned paper launches a full-on assault against one of its owners biggest rivals.