The Mexican government warned nine states, including its capital, Mexico City, that a truck carrying radioactive material was “violently robbed” in the early hours on Sunday.

According to a statement released by the Secretariat of Security and Citizen Protection, a Toyota Hilux transporting highly radioactive material was hijacked from Teoloyucan, a city and municipality located in the State of Mexico. Details about the hijacking have been scant so far. What has been made public is that a possible criminal gang hijacked the vehicle carrying Iridium-192.

Mexico’s National Commission for Nuclear Safety and Safeguards (CNSNS) reported the incident to the National Civil Protection Coordination (CNPC), who posted this alert on social media: 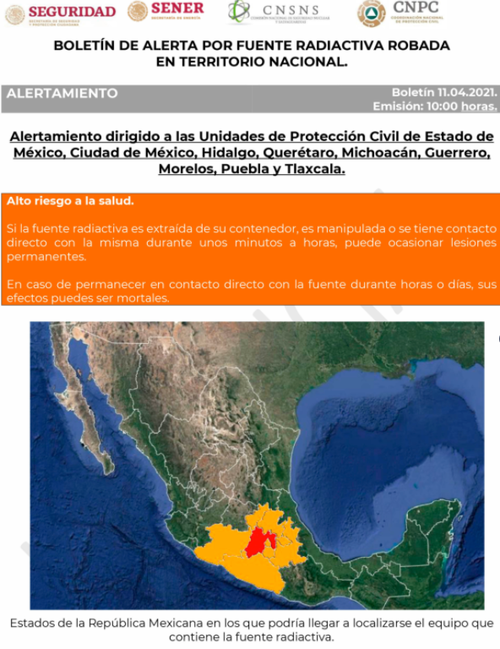 The government warned anyone with “direct contact with the source [radioactive material] for hours or days, and its effects can be fatal.” They also suggested a “30-meter perimeter should also be established around the device in case it is found.” 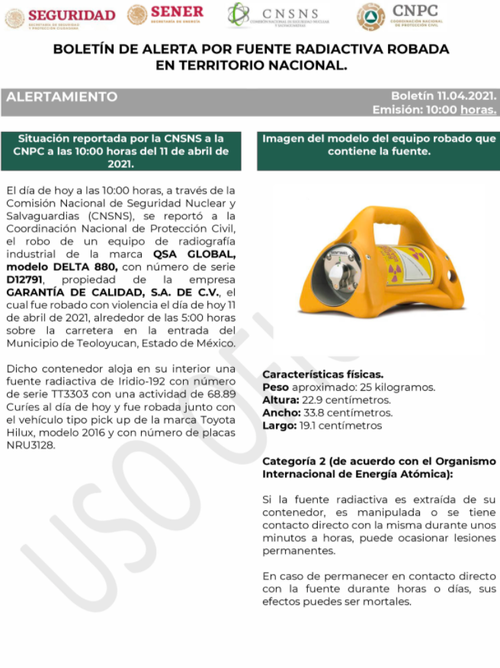 So far, local authorities have yet to voice their concern about the probabilities that the dangerous material could fall into criminal gang hands where they could attach it to explosives and produce a dirty bomb.

With the location of the radioactive material unknown and the Mexico–US border in crisis, flooded with immigrants – this could pose a severe threat to the US.

“The Sheriff Is Coming”: Wall Street On Edge Ahead Of Gensler Appointment As SEC Chair