A few days ago, a union of flight attendants called on US airlines to permanently ban all participants in the Capitol Hill riot from flying amid reports that planes full of Trump supporters traveling to Washington DC caused disturbances during flights. Now, as prosecutors across the country hunt down the participants of Wednesday’s Capitol riot, the FAA and its members are taking disciplinary matters into their own hands. 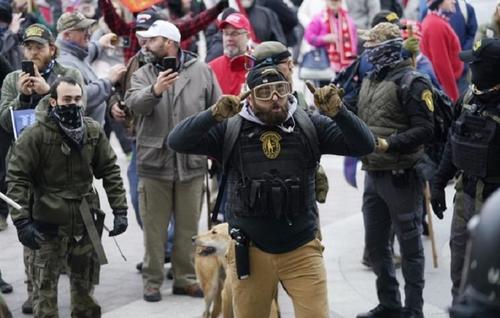 According to Bloomberg, the FAA is vowing “strong enforcement” of any further violations tied to supporters of President Trump. In other words, if you wear a red baseball cap on a plane, well, you might as well yell “bomb!”…

“The FAA will pursue strong enforcement action against anyone who endangers the safety of a flight, with penalties ranging from monetary fines to jail time,” said Dickson, himself a former airline pilot.

Passengers on aircraft must obey safety commands from flight attendants and pilots, and the FAA monitors reports of violations, Dickson said. “This includes unruly passenger behavior, which can distract, disrupt and threaten crew members’ ability to conduct their key safety functions,” he said.

Flight attendants with American Airlines were forced to confront passengers who were harassing others for their political views on one particularly difficult flight, according to Julie Hedrick, president of the Association of Professional Flight Attendants.

“This behavior is unacceptable, and flight attendants should not have to deal with these egregious incidents,” Hedrick said in a press release.

So, what’s the solution? Will Republicans no longer be allowed to travel to rallies and other events?