Authored by Amelia Janaskie via The American Institute for Economic Research,

While data, statistics, historical allusions, and appeals to morality all demonstrate the disastrous nature of lockdowns, none show the devastation as vividly as personal stories from those suffering the most. 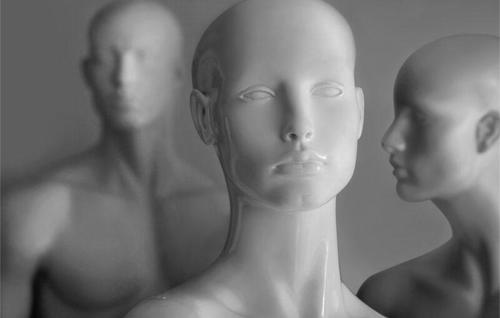 Since March 2020, New York City has faced a constant back and forth of new and revised Covid-19 regulations. Although these policies initially appear helpful in Covid mitigation, they are not only ineffective but extremely harmful to people and their livelihoods. We spoke to a few working New Yorkers and found the situation to be just as suspected: businesses on the brink of shutting down for good, students struggling to learn, and unmatched frustration. The anecdotal videos below provide a glimpse into the lives of many people in New York City.

While the individuals interviewed are understandably frustrated, they all exude perseverance, strength, and – above all – hope.

Irene is no stranger to adversity. In 2018, her husband, Chris, unexpectedly died.

Faced with her grief, Irene juggled raising their four boys with the sudden demand of learning how to run a restaurant. Prior to her husband’s untimely passing, she had not been involved with operating the diner, so when he died, she briefly contemplated selling it. But the restaurant was her husband’s legacy; quitting was not an option, especially for a New Yorker like herself. As a resolute business owner and mother, she refuses to give up her rights to freedom and to earn a living.

Adam, a special education teacher at a high school in Bay Ridge, Brooklyn, is especially concerned with the academic, social, and emotional well-being of his students during lockdowns.

His students come from a diverse neighborhood and most are from immigrant families. Adam has watched most of his class suffer through remote learning and fall behind academically because of school closures. A significant portion of their families do not have the time, resources, or ability to facilitate learning in a way that at all resembles in-person education.

Ed’s culinary dreams became a reality in March 2007 when he opened Ed’s Lobster Bar in SoHo.

He successfully led his burgeoning seafood restaurant through the 2007-2008 financial crisis, but 2020 lockdowns brought new and greater challenges. Restaurants have been disproportionately harmed by lockdown restrictions, and like many others, The Lobster Bar has been forced to cut worker pay and limit dining capacity. Looking ahead, Ed hopes to return to a free society where people can choose to participate in the New York economy, all while keeping a determined mindset in the face of hardship.

The Dumbest Argument We’ve Ever Heard Against Cryptocurrency