Fast-Food Menu Prices Have Soared During The Pandemic

Authored by Jonathan MAze via RestaurantBusinessOnline.com,

The pandemic has apparently led to higher prices for fast food. 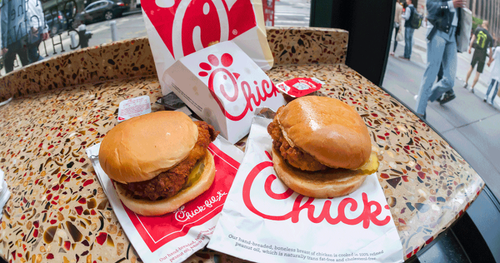 In January, prices for food away from home—or menu prices—increased 3.9% year-over-year. That was the same rate as in December. That is also the highest rate for menu price inflation since late 2008, when the country was in a deep recession.

But these menu prices aren’t evenly spread. Much of that abnormality can be traced to a certain type of restaurant: One without wait staff.

What’s more, the gap first began to open in March of last year—when states closed dining rooms around the country. Check out this graphic: 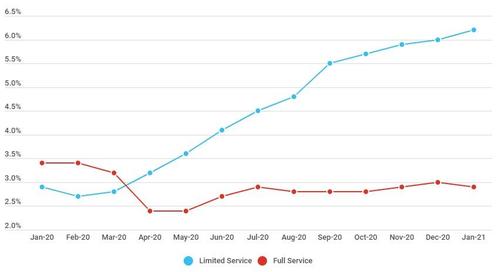 The difference can likely be explained in two words: Demand and wages.

Quick-service restaurants haven’t had that problem. Delivery, drive-thru and takeout all became vital in the post-pandemic world. Consumers lined up for blocks at Chick-fil-A drive thrus and ordered delivery at three times the rate they did in the previous year.

That tends to result in higher prices because operators, not worried about losing that business, felt free to raise prices. And consumers are loaded with cash and not spending it on anything else.

Check out what happened to grocery prices during the depths of the pandemic:

Food at home inflation took off during the pandemic and was double what it was at restaurants. 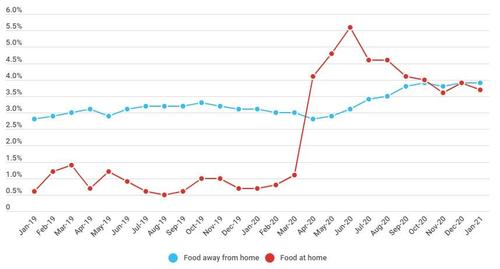 But many fast-food operators felt they had little choice but to increase prices because of the other influencer—wage rates. By all accounts, operators at fast-food restaurants we speak with describe challenges getting workers, which has driven up wages—as has wage-rate increases at big retailers like Target, Walmart and Costco.

It’s also possible that delivery prices are influencing these numbers. Several restaurant chains have either fully implemented or are in the process of implementing premium prices for third-party delivery orders. Noodles & Co. just increased its premium by a third and those prices are now 15% higher. Chipotle customers pay 13% higher prices on the base price for third-party delivery food.

Fast-food chains are better able to take these steps than full-service restaurants, many of which are small chains and independents that aren’t often allowed to raise prices for third-party delivery.

The result of all this is that a fast-food delivery meal is now about the same price as a lower-end full-service restaurant meal. Earlier this month, we ordered delivery from Chick-fil-A for my family of four and the next day visited a local full-service Mexican restaurant.

The price, after the tip, was about the same for both visits.