FBI Director Chris Wray on Thursday said the bureau was monitoring an “extensive amount of concerning online chatter” related to potential threats leading up to the presidential inauguration on Jan. 20. 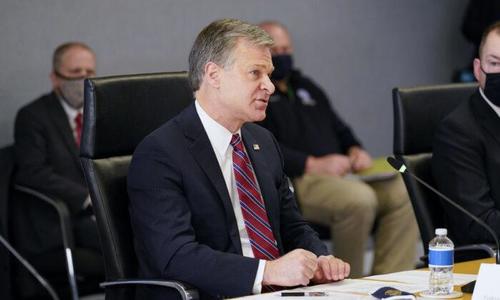 Wray gave the update during a security briefing for Vice President Mike Pence as part of preparations for the upcoming inauguration of President-Election Joe Biden. This comes amid growing concerns that the civil unrest and violence observed on Jan. 6 may repeat next week.

The FBI leader said that his department was assessing incoming leads about calls for armed protests, potential threats linked to the Jan. 6 U.S. Capitol breach, and other types of potential threats.

“When we talk about potential threats, we are seeing an extensive amount of concerning online chatter – that’s the best way I can describe it – about a number of events surrounding the inauguration and, together with our partners, we evaluate those threats and what kind of resources to employ against them. Right now, we’re tracking calls for potential armed protests and activity leading up to the inauguration,” Wray told Vice President Mike Pence during a briefing on security for the inauguration.

“The reason I use the word potential is one of the real challenges in this space is trying to distinguish what’s aspirational versus what’s intentional. We’re concerned about the potential for violence at multiple protests and rallies planned here in D.C. and in state capitols around the country in the days that come that could bring armed individuals within close proximity to government facilities and officials,” Wray added.

The bureau, Wray said, is readily investigating and making arrests over the events from the Capitol breach and has embarked on countless other investigations to prevent “those individuals from any efforts to repeat that kind of activity and serve as a very stern warning to anybody else who might be inclined to engage in that activity.”

He added that the American people should be confident that his agents are involved in much behind-the-scenes work to “feed relevant information” to law enforcement partners so that can track targets as appropriate. 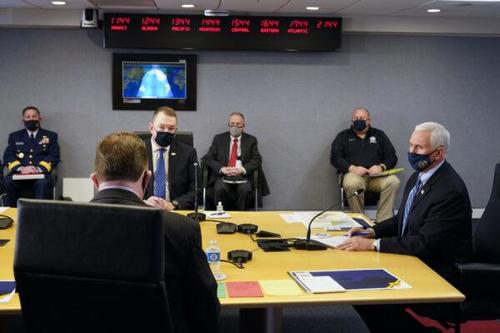 “We’re looking at individuals who may have an eye towards repeating that same sort of violence that we saw last week,” Wray said. He added that the bureau has already identified over 200 suspects.

“We know who you are. If you’re out there, an FBI agent is coming to find you,” he added.

The Justice Department (DOJ) said federal authorities have charged about 80 cases and arrested 34 individuals in connection to the acts of violence at the Capitol. Left-wing activists and some protesters waving American and Trump flags illegally stormed the Capitol building. The mayhem left 5 people dead and dozens of police officers injured.

Acting Attorney General Jeffrey Rosen attended a separate briefing at the FBI’s Strategic Information and Operations Center on Thursday where he addressed law enforcement partners on the inauguration security plan and the ongoing investigations.

“As I have said repeatedly, our efforts at investigating the wrongdoing of that day are continuing around the clock and we are fully committed to hold those who engaged in criminal acts accountable,” Rosen said.

“Simultaneously, security preparations for the presidential inauguration and peaceful transfer of power continue and we will have absolutely no tolerance whatsoever for any attempts to disrupt any aspect of the inauguration or associated events leading up to, on, and following January 20.”

This comes after Steven D’Antuono, head of the Federal Bureau of Investigation (FBI) Washington field office, told reporters on Tuesday that the bureau received intelligence about the potential for violence and shared it with law enforcement agencies ahead of the breach at the U.S. Capitol.

“We immediately shared that information and action was taken as demonstrated by the arrest of Enrique Tarrio by the Metropolitan Police Department the night before the rally,” D’Antuono said, referring to the arrest of the head of the Proud Boys.

“Other individuals were identified in other parts of the country and their travel subsequently disrupted.”

Following the security briefing, Pence also made an unscheduled stop at the U.S. Capitol on Thursday to greet National Guard members and thank them for their service.

Blasphemy Against the Unholy Spirit