The United States Drought Monitor publishes weekly data that shows the Western U.S. is in a historic drought.

The latest Drought Monitor map shows for Mar. 4, “Dry conditions dominated much of the West and especially the Southwest and into the Plains.”

Extreme to exceptional drought conditions are seen across 57% and 90% of the land in Colorado, New Mexico, Nevada, Utah, and Arizona, and diminishing snowpack could jeopardize drinking water for tens of millions of people from Denver to Los Angeles. 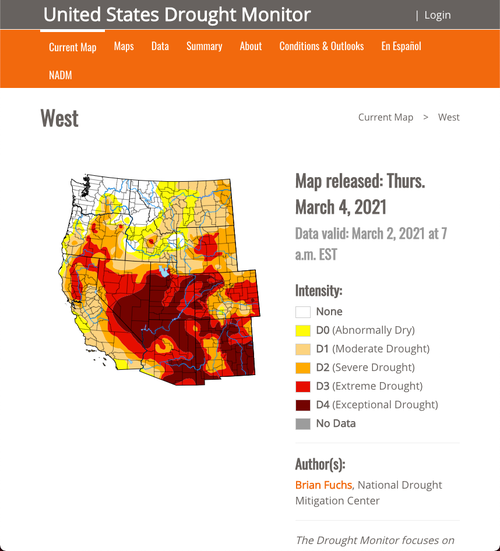 The drought developed last summer following a dry spring. Since then, conditions have deteriorated and continue to worsen to “the most severe on record in the Southwest,” according to WSJ.

Utah and Nevada recorded their driest years in more than 126 years in 2020, while Arizona and Colorado had their second driest and New Mexico its fourth. The Southwest, plagued with “severe,” “extreme,” and “exceptional” drought conditions, suggests similarities to the Great Depression’s Dust Bowl of the 1930s (read: “Return Of The Dust Bowl? The “Megadrought” In The Southwest Is Really Starting To Escalate”).

“Nearly a quarter of the area was in the worst drought category, an event with a probability frequency of once every 50 to 100 years,” according to WaPo.

Gary Esslinger, treasurer-manager of the district in Las Cruces, New Mexico, told WSJ that his area’s conditions are absolutely “horrific.” He said at least 33% of the 6,500 farmers in his region had taken offline 90,640 irrigable acres out of production from previous drought years.

New Mexico State Engineer John D’Antonio Jr. has requested farmers not to plant this year due to dangerously low levels at the state’s reservoirs.

Meteorologists at private weather forecaster BAWMX show no sign of relief for the Southwest in terms of precipitation for the next two weeks. 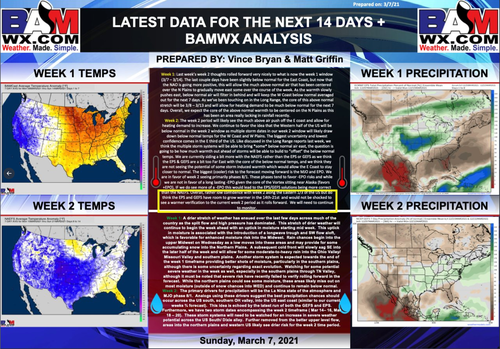 Meanwhile, Utah rancher Jimmie Hughes told WSJ that he and his workers haul tanks of water across their ranch to refill watering holes for more than 300 cows.

He also said many of his watering holes are bone dry.

Reservoir levels across the Southwest have been dropping over the last year. The biggest, Lake Mead, an artificial lake that lies on the Colorado River, about 24 miles from the Las Vegas Strip, is only 41% full.

Lake Mead supplies about 90% of the water for Las Vegas and if levels dropped further could endanger water supplies for put to 43 million Americans. We noted back in 2014 water levels in the reservoir dropped to their lowest levels since the Hoover Dam was constructed in the 1930s. 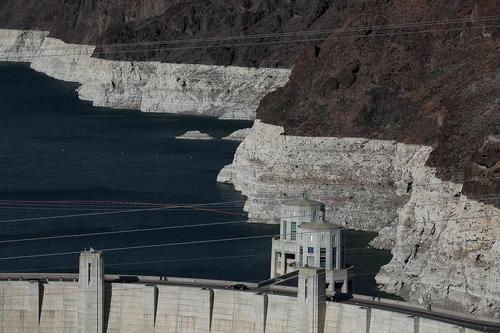 At the time we told readers to “get there now, watch the fountains, drink the water, swim in the lake… (and sell your house)” as the water Lake Mead is “screwed.” 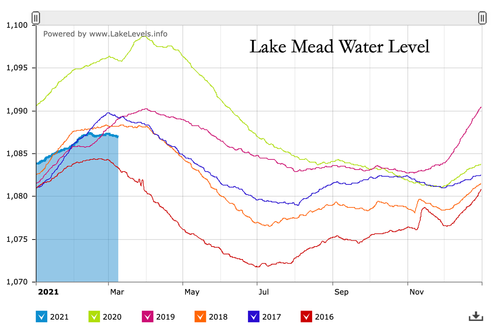 The Southwest drought crisis could be a familiar one, not seen since the 1930s.

There’s just one looming question: With irrigable acres taken offline and crop loss, does this mean food inflation will continue to surge?

Besdies that, government-mandated water cuts to millions of users could be next…

China Could Cause The Next Massive Crash In Oil Prices