Evanston, Illinois has become the first city in the US to make preparations to financially compensate Black residents for addressing the wealth inequality gaps they have experienced because of historical racism and discrimination in housing, according to NBC. 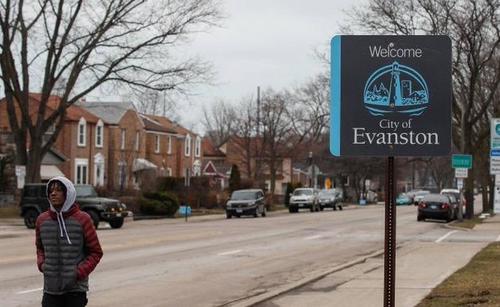 The Chicago suburb’s City Council voted Monday 8-1 to distribute $400,000 to eligible black households. Each qualifying family would receive up to $25,000 for homeownership and or improvement grants, as well as mortgage assistance.

The housing money is part of a much greater reparations initiative by the city to distribute $10 million over ten years to qualifying households. The funds will be derived from annual marijuana taxes over the next decade. About 16% of the 75,000 residents who live in Evanston are Black.

Qualifying residents must prove they’re direct descendants of a Black person who lived in the town between 1919 to 1969. During that period, Black folks experienced housing discrimination due to city ordinances policies, or practices.

Readers may recall our latest piece titled “Owned: A Tale of Two Americas” breaks down the housing market historically and sheds light on the complex and often troubling history of housing policies.

“It is alone not enough. It is not full repair alone in this one initiative. But we all know that the road to repair injustice in the Black community will be a generation of work. . . . I’m excited to know more voices will come to the process,” Simmons said.

Simmons said the reparations could begin as soon as early summer.

However, not everyone is pleased with Evanston’s reparations. A local group called Evanston Rejects Racist Reparations (ERRR) said in a Facebook post earlier this month that Simmons’ reparations bill never went through racial equality, anti-capitalist process. As a result, historically racist financial institutions like banks, corporations, and various individuals, will profit from this proposal. Reparations should not be monetized.”

Reparation proposals have been gaining momentum across the country. States such as California to cities like Amherst, Massachusetts, Providence, Rhode Island, Asheville, North Carolina, and Iowa City, Iowa, have been examining reparations to Black people.

Kamm Howard of the National Coalition of Blacks for Reparations in America said Evanston would serve as the prototype for other local governments.

This all suggests that reparations could be coming on a federal level, especially since Biden’s transition team last year tapped UC Irvine Law professor Mehrsa Baradaran, an outspoken advocate of reparations.