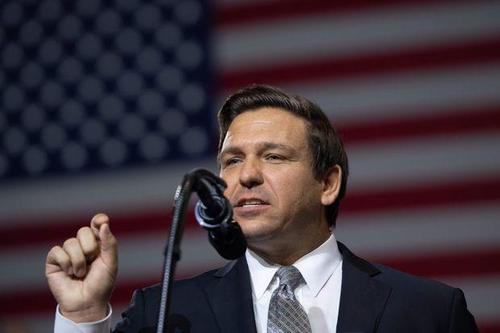 As reported by Breitbart‘s Allum Bokhari, the measures – announced on Tuesday in a 45-minute speech – include mandatory opt-outs on content filters for Floridians, fines, and grants residents the ability to sue over censorship.

“What began as a group of upstart companies from the west coast has since transformed into an industry of monopoly communications platforms that monitor, influence, and control the flow of information in our country and among our citizens, and they do this to an extent hitherto unimaginable,” said DeSantis, adding “These platforms have changed from neutral platforms that provided Americans with the freedom to speak to enforcers of preferred narratives. Consequently, these platforms have played an increasingly decisive role in elections, and have negatively impacted Americans who dissent from orthodoxies favored by the Big Tech cartel.”

Some 250 million Americans, or around 4 out of every 5 people, have social media accounts.

Other Florida conservatives weighed in on Tuesday’s announcement.

“Florida is taking back the virtual public square as a place where information and ideas can flow freely. We’re demanding transparency from the big tech giants,” said State House Speaker Chris Sprowls in a statement.

“The big tech companies have the duty to allow differing views on their public platforms. No one should be excluded. But let’s be clear: They are targeting conservatives,” said Senate President Wilton Simpson according to local10, adding that it amounts to political censorship.