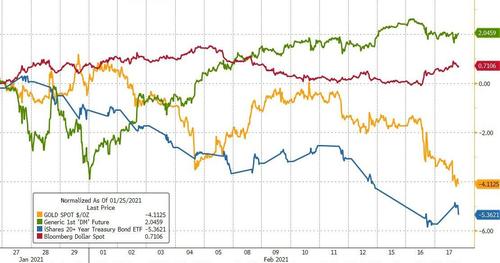 Treasury yields have blown wider amid re-inflationary impulses dominating the narrative, and the curve has steepened significantly (2s30s +28bps since the FOMC meeting)… 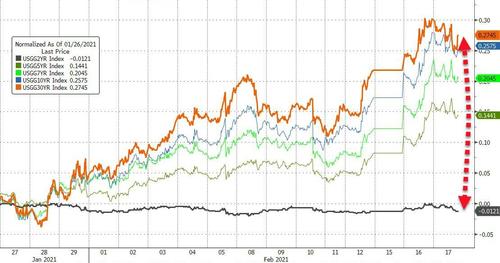 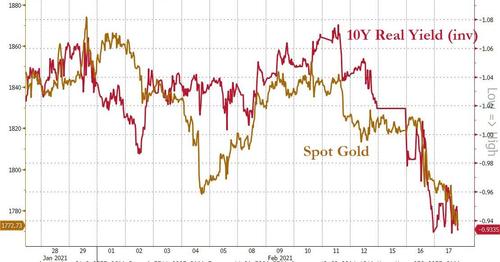 “It’s an onus for investors to be cognizant about real yields,” said Gary Pollack, head of fixed-income for private wealth management at Deutsche Bank.

The increase in real yields is “an omen for the future that interest rates could rise further.”

And sure enough, too much of a good thing etc., etc. and we have seen stocks fade as yields spiked (and the dollar jump) in the last couple of days amid surging inflation and retail sales spark concerns that ‘good news is bad news’… 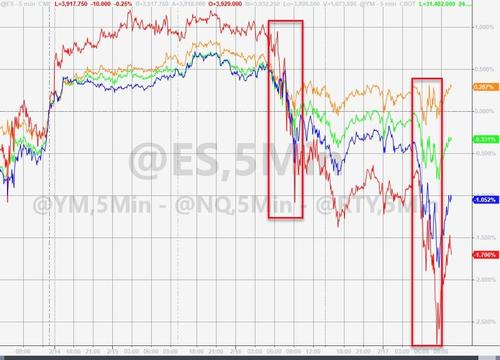 All of which brings us to The Fed minutes and whether there are any signals within it that Powell and his pals are – at the margin – concerned at record high equity valuations, record low credit spreads (amid record high debt loads), and now soaring inflation expectations (and bond yields). Critically, any mention of yield curve control may just be the trigger to spoil the party and we humbly suggest the equity market is anything but prepared for that.

As a reminder, the committee made no changes to its monetary policy when it met Jan. 26-27, and Chair Jerome Powell said it’s too soon to be thinking about when to taper asset purchases. Some Fed presidents have raised the possibility of tapering bond buying later this year.

“The tone from that meeting was quite comforting for markets: they said there wasn’t a change in policy coming anytime soon, which is exactly what the market wants to hear,” said Hugh Gimber, a strategist at J.P. Morgan Asset Management.

“Investors will be looking for a reiteration of the cautiousness that was struck at that meeting.”

Also remember that the FOMC meeting came right in the middle of the GameStop market chaos raising the specter that Fed members bring up concerns about financial stability. 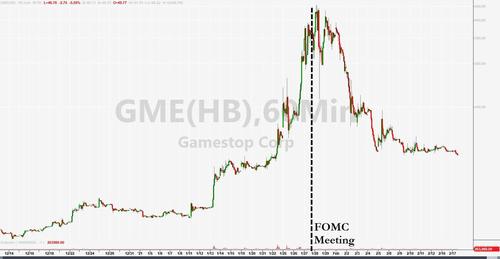 As Bloomberg Economics noted: “With the Fed firmly set in a holding pattern for the foreseeable future, the utility of the minutes will be concentrated toward better understanding how the Fed will interpret near-term economic developments”

Here are the highlights:

The Fed says even with vaccinations making good progress, it will likely take time before substantial progress is made…

“Participants judged that it was likely to take some time for substantial further progress to be achieved.”

“Participants observed that the economy was far from achieving the Committee’s broad-based and inclusive goal of maximum employment and that even with a brisk pace of improvement in the labor market, achieving this goal would take some time.”

…and reiterated the need to communicate well in advance of any shift in the bond-buying plan.

“Various participants noted the importance of the Committee clearly communicating its assessment of progress toward its longer-run goals well in advance of the time when it could be judged substantial enough to warrant a change in the pace of purchases.”

Additionally, The Fed set the stage for ignoring jumps in prices as they say “important to note temporary inflation factors.”

“Participants emphasized that it was important to abstract from temporary factors affecting inflation — such as low past levels of prices dropping out of measures of annual price changes or relative price increases in some sectors brought about by supply constraints or disruptions — in judging whether inflation was on track to moderately exceed 2 percent for some time.”

There’s mention in the discussion on financial markets and open market operations of conditions in funding markets.

The minutes say that “even if more notable downward pressure on money market rates emerged,” it was expected that the Fed’s tools, “including the IOER rate and overnight reverse repurchase agreement facility, would continue to provide effective control over the federal funds rate and other overnight money market rates.”

On the Treasury drawing down its cash holdings at the Fed, which would then inflate commercial banks’ reserves and put downward pressure on money-market rates.

“Going forward, reserves were projected to rise rapidly through the summer, reflecting ongoing Federal Reserve asset purchases as well as expected declines in balances held in the Treasury General Account. Market pricing suggested that the effective federal funds rate was expected to decline modestly through the second quarter.”

In other words, if the effective federal funds rate drops as liquidity surges in coming months, it could be approaching the very bottom of the Fed’s policy target.

Simply put, the message from The Fed remains MOAR, no matter what! 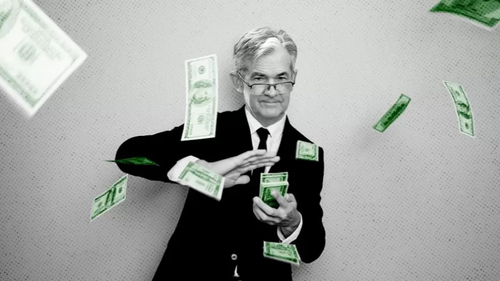 Read the full FOMC Minutes below:

Lockdowns Are a Self-Fulfilling Prophecy

Xi, Putin Make The Case For Win-Win, Not Zero-Sum