Foreigners Bought A Record Amount Of US Stocks In The Year Ending November, China Restarted Bond-Buying

After foreigners bought a record amount of stocks in the last 12 months into October, the latest Treasury International Capital flow data shows November was a massive month for private inflows overall. 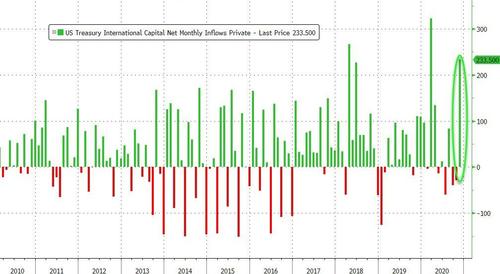 After a record stretch of selling which ended in May 2020, foreign central banks bought US Treasury for 3 consecutive months in Aug, Sept and Oct, the longest stretch of buying since June 2014., but November saw the selling stretch resume, with the biggest selling since April 2020… 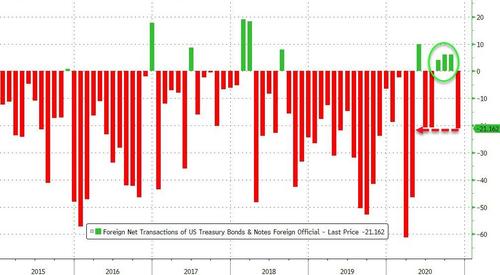 After 5 straight months of selling, China bought $9bn of US Treasuries in November… 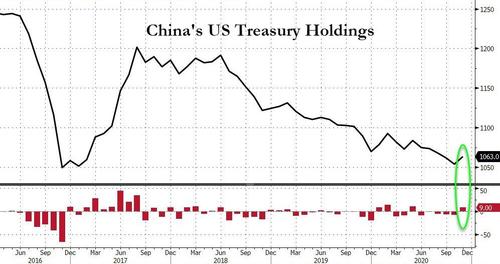 Japan was a seller for the 4th straight month… 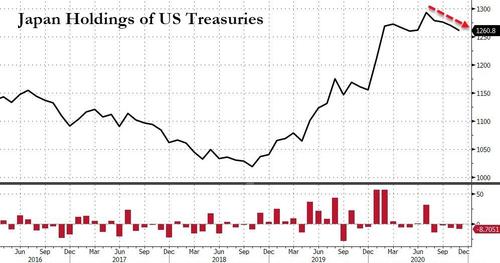 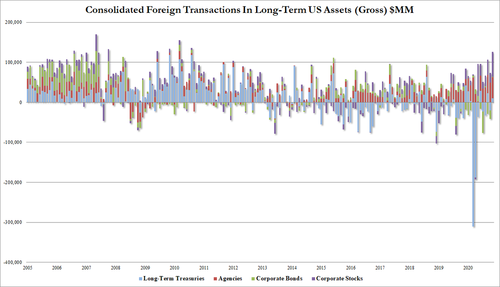 Foreigners bought $9.640BN in TSYs in November, a reversal from their selling of $20.1BN in October. 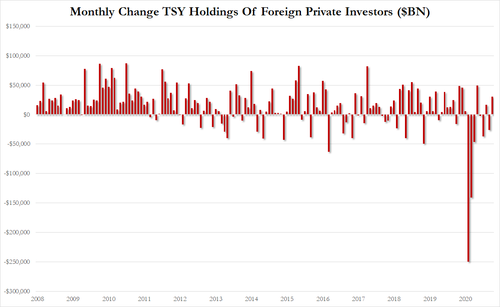 They doubled down on purchases of Agencies, buying $53.39BN in November after buying $48.9BN in October.

Finally, they purchased $61.9BN in equities in November, the 7th consecutive month of purchases (and second biggest month of foreign stock purchases ever)… 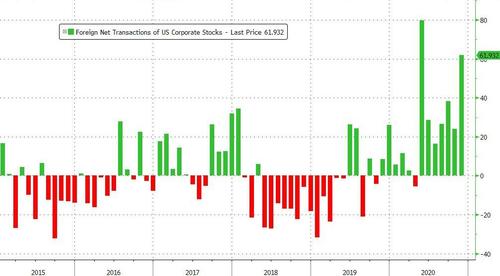 But what really stood out, foreigners bought a record $316 billion in US equities in the LTM period ending November 2020: 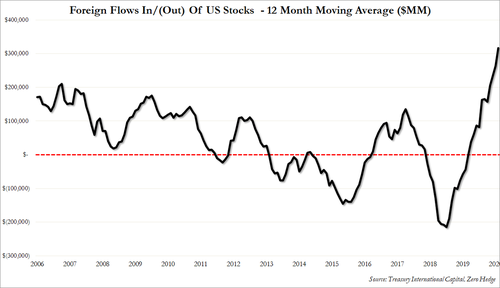 Finally, we note that while Treasury holdings overall are rising modestly, but have a long way to go to match the de-dollarization trend seen in gold holdings over the past year… 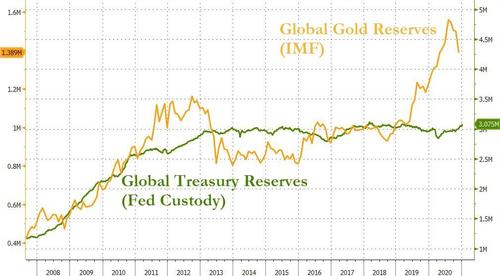