Former SAC Trader: Managing ‘Risk’ Is Not Letting Fear Get In The Way

Authored by Nicholas Colas via DataTrekResearch.com,

Research into human genetic traits is a good reminder that some of our own individual risk tolerance is a function of hard-wired proclivities. 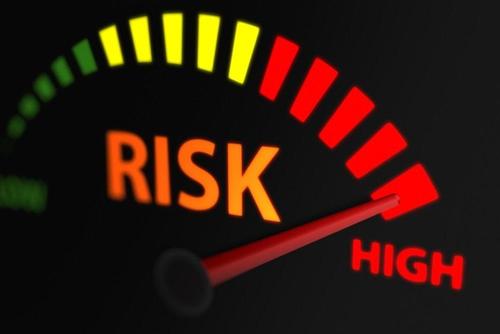 Lastly, our time at SAC was a master class in the idea that we can’t let personal perceptions of risk get in the way of executing on good investment ideas.

#1: I (Nick) still remember the definition of risk I learned in B-school at the University of Chicago 30 years ago: “the feeling of disutility caused by uncertainty”. While Chicago was at the time a quant school (Fama, French, et al.), even this hard-nosed institution had to acknowledge the role intuitive human judgements play in capital markets. I think that’s why the idea stuck with me; it was such a different explanation from everything else in the curriculum.

Expanding on this: in his Nobel Prize acceptance speech, Daniel Kahneman said “Intuitive judgments occupy a position – perhaps corresponding to evolutionary history – between the automatic operations of perception and the deliberate operations of reasoning.” His earliest work with Amos Tversky showed that even subjects deeply trained in statistics make fundamental errors in judgement when presented with data framed to encourage intuitive judgments rather than statistically robust analysis.

Kahneman’s idea of Prospect Theory – for which he won that Nobel – neatly details the mental shortcut humans use in assessing risk. Simply put, it says the prospect of losing $1 is roughly equivalent to the prospect of gaining $2 in terms of negative/positive emotional impact. Losses “hurt” twice as much as gains even though the monetary payoffs are symmetrical.

Takeaway: while human risk aversion due to asymmetric evaluations of gain/loss has many useful evolutionary purposes (i.e., don’t try to pet a lion, even if it is cute), its role in investing is less productive. Being down 10 percent on a position is 2x more miserable than being up 10% is satisfying. That asymmetry, especially during periods of volatility, is probably the single largest driver of investment mistakes during market extremes.

#2: Take a moment and look at your hand. Which finger is longer – your ring (4th finger) or your pointer (2nd finger)? And by how much? This differential is called the “digit ratio” and it has been a subject of academic research for decades now. The only really settled science is that it relates to how much prenatal androgen (a group of hormones associated with male physical traits) you received while in the womb.

In a research paper published in 2009, researchers reported that digit ratio correlated with trading profitability. The longer the fourth finger versus the second finger, the more money a trader made relative to their peers even correcting for years of experience. From the paper’s abstract:

“Our results suggest that prenatal androgens increase risk preferences and promote more rapid visual scanning and physical reflexes. The success and longevity of traders exposed to high levels of prenatal androgens further suggests that financial markets may select for biological traits rather than rational expectations.”

Takeaway: regardless of digit ratios, androgens and any other gender trait issues, one thing I can say with certainty is that risk tolerance is inextricably intertwined with personality. That means everything from (perhaps) genetics to (certainly) your childhood plays a role. I’ve always found that investors/traders most commonly get into trouble when they overestimate their actual risk tolerance and then hit a rough patch. The right answer is always to scale back risk dramatically and rebuild, but that’s not an easy message to hear and even harder for most people to do.

#3: “It’s freakin’ General Motors, Wheels… Why shouldn’t we stay short this thing to zero?” My nickname at SAC was “Wheels” because I covered the auto industry, and this quote is from a hugely talented cyclicals trader who served as a mentor-by-example when I was there.

The setup was that in 2000 GM was doing a complex transaction to unwind its control and ownership of Hughes Electronics, and the net result was that this temporarily created a large amount of interest in owning GM stock. It went from the $60s to the $90s during the buildup to the actual transaction, but I was massively short the name figuring that once things settled down it would drop. It was my biggest position and the first time I had ever written naked call options. I thought I was right, but I also knew it could be a disaster if I was wrong.

My mentor was also short GM and responded to my worries with that pithy line above (edited, of course, for polite company). He literally said it 10x a day, whenever I came up with a new worry. It was his way of playing the Hal Holbrook character in Wall Street: “Stick to the fundamentals. That’s how IBM and Hilton were built. Good things, sometimes, take time”. His words were much, much spicier, but same idea. GM at the time had deep fundamental problems.

The trade worked. GM plummeted after the deal was done. It was a huge payday, and everyone lived happily ever after. Well, except for GM shareholders, because my mentor was also right about it eventually going to zero. GM, of course, went bust in the Great Recession.

Takeaway: since the Stoics are back in fashion, I’ll quote Seneca, who said “we are more often frightened than hurt, and we suffer more from imagination than from reality.” My trading mentor was entirely right – my feelings of disutility drove my perceptions of risk and overly colored my perspective. In reality, shorting GM was a very low risk trade with strong profit potential.

Summing up all 3 points: “risk management” isn’t just about minimizing loss – it is also about not letting fear get in the way of optimizing investment outcomes.

“We Don’t Have The Money”: Argentina Warns It Will Default Again

The State Is Destroying Freedom, Life, and History By Censoring and Eliminating Information and Speech