Former US Defense Secretary Jim Mattis has suggested that President Trump should face exile in response to some of his supporters storming the Capitol building yesterday. 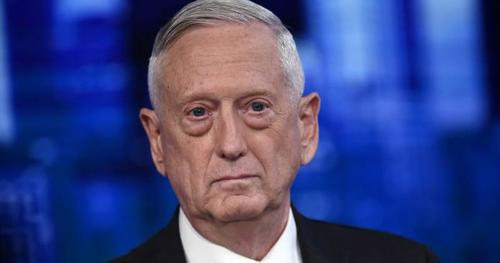 Trump sought to de-escalate the situation by telling protesters to go home during the chaos, but Twitter subsequently deleted his tweets and locked him out of his account.

While many are now pushing for Trump to be removed as President under the 25th amendment, Mattis suggested he should be stripped of his citizenship entirely.

JUST IN: Former US Defense Secretary Mattis says the country will overcome this ‘stain’ and Donald Trump will be left as a ‘man without a country’

“Today’s violent assault on our Capitol, an effort to subjugate American democracy by mob rule, was fomented by Mr. Trump,” said Mattis.

“Our Constitution and our Republic will overcome this stain and We the People will come together again in our never-ending effort to form a more perfect Union, while Mr. Trump will deservedly be left a man without a country,” he added.

Numerous Twitter users also called for Trump to be exiled, with some suggesting he should go to Saudi Arabia.