It’s probably just a coincidence, but…

A day after voting software company SmartMatic filed a $2.7 billion defamation suit against Fox News and three of its hosts – Dobbs, Maria Bartiromo and Jeanine Pirro – over voting-machine-fraud claims, The LA Times reports that, according to a Fox News representative who confirmed the cancellation, Fox News has canceled “Lou Dobbs Tonight”. 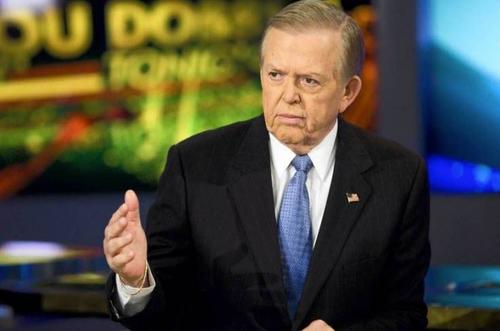 The show, which is described by the network as “the #1 news program on business television”, came under fire during the 2020 election after pushing claims of election fraud.

Additionally, Dobbs was forced to issue a fact-checking clip on his show in December 2020 after Smartmatic, a voting machine company, issued a legal letter regarding what it says was “false and defamatory statements and reports,” The Daily Beast previously reported.

“As we said in October, Fox News Media regularly considers programming changes and plans have been in place to launch new formats as appropriate post-election, including on Fox Business,” a Fox News spokesperson said according to the LA Times.

“This is part of those planned changes. A new 5 p.m. program will be announced in the near future.”

Finally, The LA Times cited “people familiar with discussions” who suggested that Dobbs’ cancellation had been in the works prior to legal issues regarding the voting machine companies.

“Lou Dobbs Tonight” is being renamed as “Fox Business Tonight” beginning next week. The show will see rotating guest hosts, according to the LA Times.

Dobbs, 75, remains under contract at Fox News but he will in all likelihood not appear on the company’s networks again.