In news that is likely going to send shockwaves through the EV industry, Foxconn looks poised to be developing its own EV-use batteries. The giant electronic OEM is going to be developing both LFP (lithium iron phosphate) and solid-state batteries for use in electric vehicles, industry sources told Digitimes.

As most EV manufacturers, like Tesla, already know – battery packs can account for 50% of the total weight of an EV and 30% of its cost. Manufacturers are working on decreasing not only the cost of packs, but also the mass, which can lead to longer ranges per charge.

Foxconn will reportedly introduce battery samples for EVs in 2021 and bring development to commercial use in 2024, the report notes. 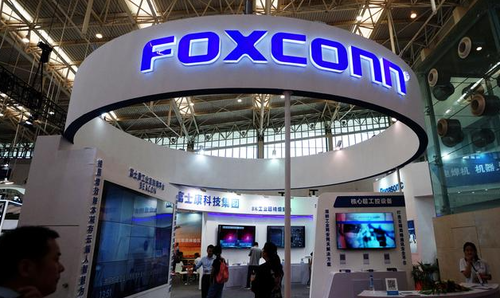 Solid state batteries “will represent a $6 billion industry by 2030,” TechCruch recently wrote. Many of the recent promises in battery development – making them lighter, safer and more powerful, have “largely evaporated”, the report notes. Solid state batteries :lack a liquid electrolyte for moving electrons (electricity) between the battery’s positive (cathode) and negative (anode) electrodes”, making them less flammable and quicker to charge than li-ion batteries.

Colorado-based startup Prieto Battery told TC: “If you run the calculations, you can get really amazing numbers and they’re very exciting. It’s just that making it happen in practice is very difficult.”

So far, no large auto manufacturers have found success in developing solid-state batteries for EVs. If Foxconn can break through on solid state batteries, in addition to simply becoming an li-ion manufacturer, the shockwaves it sends through the industry could be profound.