As German prosecutors press ahead with their investigation into the collapse of payments giant Wirecard, they’ve discovered some surprising new details from a former Wirecard executive who was arrested and imprisoned in Dubai last year.

A former top executive in Wirecard’s Asia business, where much of the fraud took place (Wirecard slid into bankruptcy last June after auditors at KPMG discovered $2 billion supposedly stashed in a Philippines bank account was a fiction) Oliver Bellenhaus told prosecutors that the groundwork for the massive fraud at Wirecard started five years earlier than they previously realized. 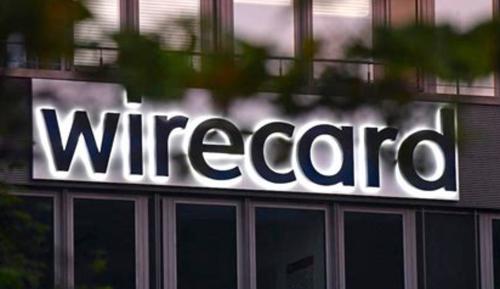 Bellenhaus, who handled his duties from a swanky apartment in the Burj Khalifa, was abruptly arrested last summer, and has been in custody ever since.

According to the FT, Bellenhaus, a Wirecard vet who claims he was oblivious to the fraud, told prosecutors that one of the biggest accounting frauds in modern European corporate history began in 2010 when he created a string of shell companies based in Hong Kong and the British Virgin Islands at the behest of Jan Marsalek, the mysterious Wirecard COO who remains on Interpol’s most-wanted list.

The FT’s exhaustive reporting on the Wirecard scandal (one of the paper’s reporters was targeted by German financial regulators for his pioneering reporting into the fraud, a detail that has stoked public fury at the establishment that seemed to protect Wirecard, instead of investigating further) has painted Marsalek as a mysterious operator and potentially an asset of Russian intelligence. It’s believed that Marsalek may have masterminded the fraud, along with Wirecard CEO Markus Braun, who is facing charges in Germany for his role.

As Bellenhaus tells it, after setting up the shell companies, he and Marsalek shifted corporate funds out of Wirecard and into bank accounts in the name of the companies in 2011. Some years later, Bellenhaus moved much of the funds to a private foundation.

On paper, Wirecard claimed its Asia business generated €1 billion in annual revenue. But on closer inspection, the business, which relied on shadowy third-party payment providers, was an elaborate shell game; some 2/3rds of revenues reported were later found to be completely fictitious.

Since his arrest, Bellenhaus has become a key witness for prosecutors. In 2014, Bellenhaus created another shell company, the name of which was nearly identical to another Wirecard business partner in the region. The maneuver is an old corporate accounting trick to try and make shell companies appear legitimate to auditors and bankers.

Here’s more on that from the FT:

According to people familiar with the matter, Bellenhaus informed prosecutors that in 2014 he created another shell company, again at the instruction of Marsalek.

Based in the British Virgin Islands, the entity was incorporated under the name of Al Alam Solution, almost identical to the name of a Dubai-based business partner of Wirecard that was central to the fraud.

In late 2015, Marsalek redirected more than €4.5m to the BVI-based entity from a real payments processor Wirecard worked with in Asia. According to the account given by Bellenhaus, Marsalek had earmarked the funds for potential transfer to Wirecard in a plan to give the appearance to audit firm EY that they were coming from the Dubai-based business partner of a similar name.

But the money was never used for that purpose. Instead, when Bellenhaus demanded a significant pay rise, Marsalek suggested that he should keep the money from the shell company, according to his account to prosecutors.

Bellenhaus subsequently set up a private foundation in Liechtenstein to where the funds were transferred, according to people familiar with the matter.

Some time later, when Bellenhaus demanded a raise from Marsalek, the COO told him to just keep some of the corporate money he had been moving around. Instead of being shocked by the revelation, Bellenhaus played ball. That might be why he was eventually arrested on serious fraud charges.

But the money was never used for that purpose. Instead, when Bellenhaus demanded a significant pay rise, Marsalek suggested that he should keep the money from the shell company, according to his account to prosecutors.

Bellenhaus subsequently set up a private foundation in Liechtenstein to where the funds were transferred, according to people familiar with the matter.

Bellenhaus’s testimony is reportedly being used by prosecutors in building a case against Braun, who is suspected of being the linchpin of the scheme to inflate Wirecard’s revenues. Braun has continued to insist that the company was a victim of fraud. With investors and the German public hungry for more information about what transpired at Wirecard, we imagine this won’t be the last leak from the investigation.

Men Outnumber Women in the Sciences

How Societies Are Imprisoned: The Whole World Will One Day Be Like Hollywood?